The fire of the Lord

Every easter, me and my family attend the Easter Vigil mass, which is really great considering the fact that it happens at 830 the evening before Easter Sunday which means Easter happens 2 hours earlier and I can eat potato and chips two hours earlier because that is what I usually give up for the duration of lent.

There is one ritual that occurs before mass which I am not a massive fan of because I am under the impression that it is a disaster/fire Hazard waiting to happen.

The mass actually starts with the blessing of the Easter candle, which signifies a new year/new beginnings in celebration of the Lord rising from the dead. Everyone of the attendees is also given a candle, which will be lit from the same holy flame (and I mean EVERYONE even little children who have no concept of danger and are little pyromaniacs to begin with). There are a couple of readings that take place outside the chapel, and for some really dumb reason, the organizers think it would be a GREAT idea to combine large indian crowds concerned with getting themselves a seat in church WHILE holding LIT candles.

Last night, I attended mass with Serophina, the lovely lady who helps out at home because my family was celebrating Easter in Goa this year. 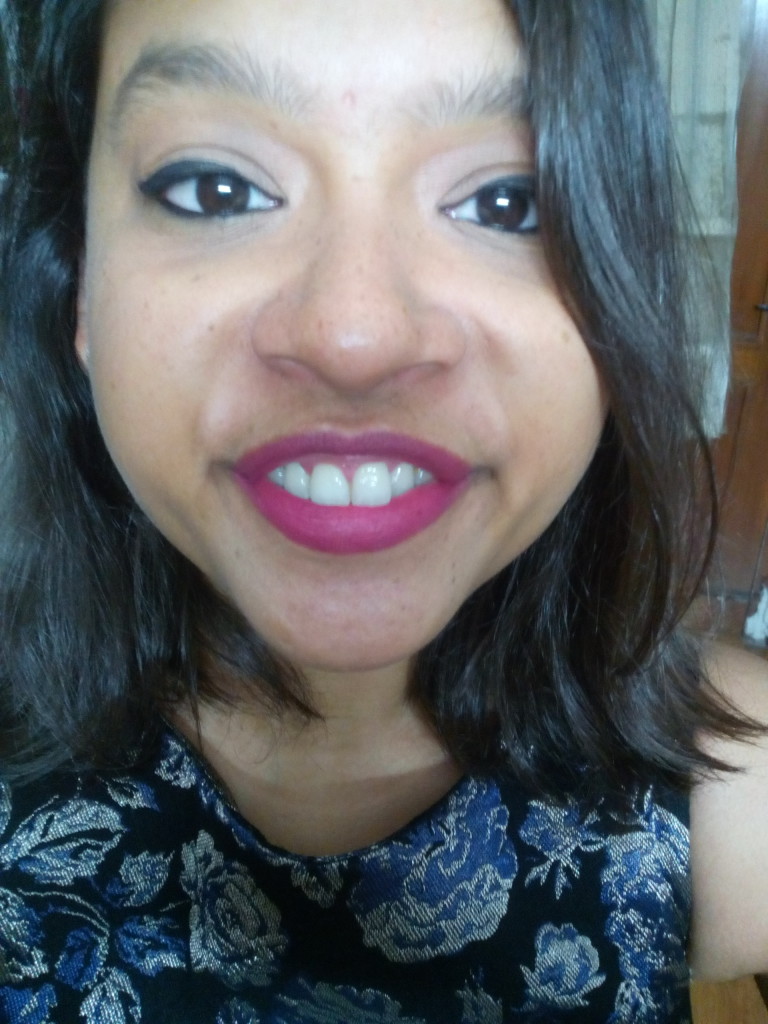 BEFORE: ALL DRESSED UP AND READY FOR EASTER MASS

Now, while we were walking into the church holding lit candles, I found myself thinking, this is it, this is where shit can go seriously wrong – everyone’s dressed in their sunday best (which also includes some synthetic flame friendly fabrics) but to my surprise and relief everyone gets into the church and scrambles for a seat without setting anything on fire.

During the procession, I lost sight of Serophina as I was fully concentrating on not setting anyone aflame, so I found myself sitting next to a dude who I didn’t really know. This was all fine, until HE SET MY HAIR ON FIRE. He was seated on my left and held his candle away from him while sitting down, without looking where exactly he was pointing the candle. I was half sitting down and BOOM! I SEE ORANGE ON MY LEFT HAND SIDE AND SMELL GROSS BURNING HAIR.

Luckily my reflexes are AMAZING, BUT DUDES, I BARELY HAVE HAIR TO BEGIN WITH. I quickly put out what was there and started to see how much damage the episode had cause my hair and guys quite a lot of it CAME OUT IN MY HANDS.

There was a lady sitting in front of me who panicked and was like SOMETHING IS BURNING!!! and I looked at her while with clumps of hair in my hand and said “YEAH, that would be my HAIR.” 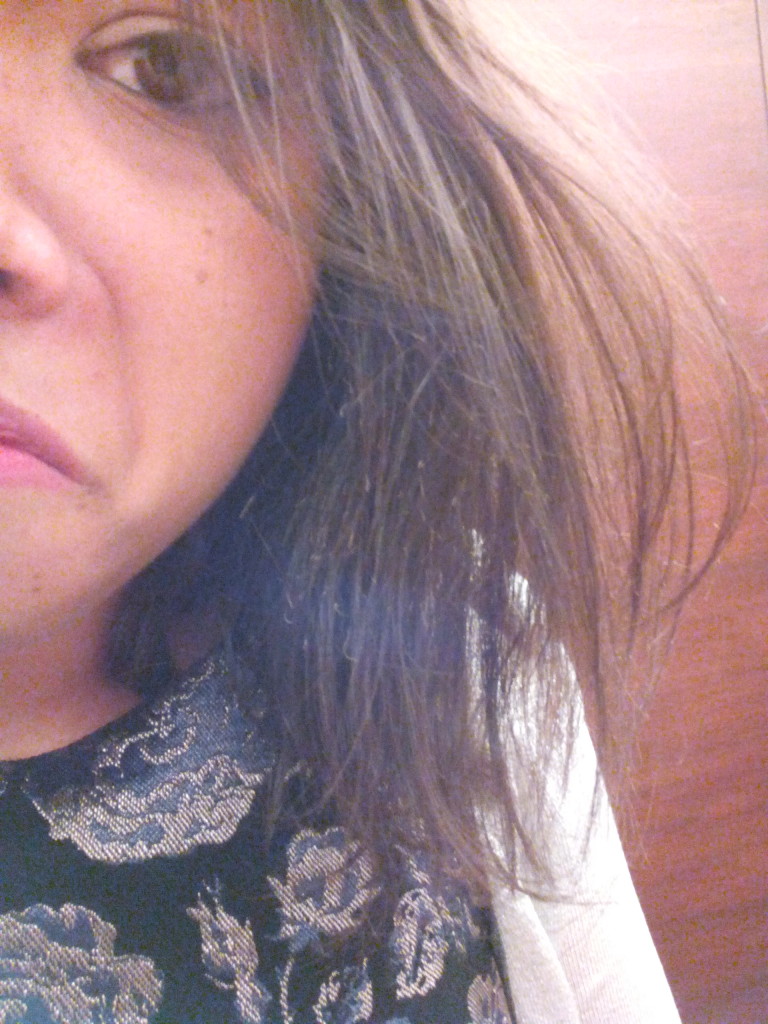 That first half of mass was sort of lost on me because I was surrounded by a cloud of burnt hair smell and I was wondering how much damage was caused, but I realized it could have been much worse… (little did i know…)

I got home, and guess what. it was. The heat from my hair burning, SINGED MY EYELASHES ON MY LEFT EYE. MY EYELASHES ARE ALREADY VERY SHORT. My left eyelash now looks like it had a crew cut :’D 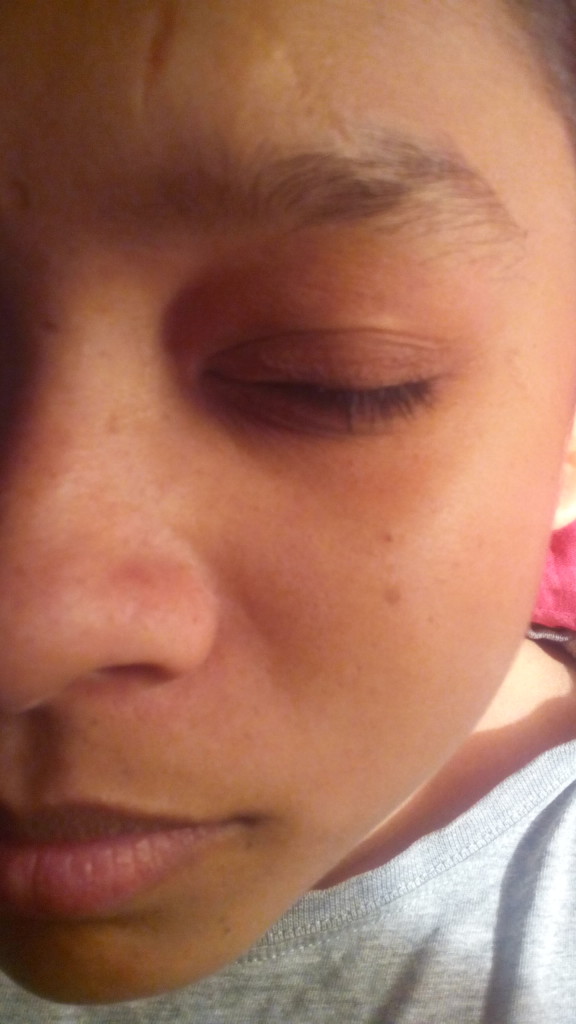 Still. It could have been much worse and I’m glad all i have to deal with is a temporarily eyelash situation on my left eye and some really strange loss of hair on my left side. (OBSERVATION: My left hand side has been very unfortunate in relation to hair loss. Those stitches on my eyebrow are from an incident involving me attempting to dance to WHAM’s Wake me Up before you GO GO and now, NO HAIR GROWS THERE)

’Jesus is quoted saying “I have come to bring fire on the Earth”. The fire he talks about is not literal fire, but a spiritual symbol. He speaks of the burning, exciting and dynamic presence of God in the lives of people…The fire that illuminates His dazzling presence, generates unlimited power, burns away the dross and impurities and attracts people to Him.’

This Easter, I felt some fire alright.