That time we ran out of money in a foreign country

Ok ok, Sorry for the clickbait heading. BUT IT TOTALLY HAPPENED. AND IT WAS SCARY.
I recently went on a road trip with my Sister and Brother in Law (henceforth BIL) to Nepal.
Here I was thinking I can’t POSSIBLY need more than 20K in Nepal, so I withdrew as much. Unfortunately, work made me spend 4000 of it. before i could get a chance to stash it away in my “travel funds wallet”. I blame this for what was about to happen a week from this expense.

Since I was told by a very reliable source that no one in Nepal accepts anything other than 100 rupee notes (this itself gave me terrible flashback memories of the bloody notebandi that happened in 2016) I converted my remaining 16,000 into 100 rupee notes and felt like a millionaire coz it LOOKED like such lot of money. – IT WAS NOT.

The problem with going to a country in a car and not really needing to go through customs or boarder control or anything is that you are under the FALSE impression that you’re still in your country and OF COURSE YOUR DEBIT AND CREDIT CARDS WOULD WORK – again WRONG.

none of us thought we had a problem till about the last night we were in Kathmandu (Day 8). Post paying the accommodation bill, we realized we’ve had used up about 95% of our combined funds (we don’t really know wtf happened).
I will never forget the scene that followed:

The three of us were surrounded by our belongings, which we had turned inside out to see whether we could uncover any spare cash.. BIL went down to the car in the hopes of finding a wad of cash left hiding in some crevice… and returned with nothing. By this time, Sis and I had amassed amongst us was JUST enough to get us to the Nepal – India border in terms of accommodation and fuel.
My BIL turns to the two of us, and with a woeful expression goes “Lunch – punch???? ……. Dinner -Pinner?” And me and my sis just looked at each other wondering whether this trip would ultimately force us to diet by NOT EATING because we HAD NO MONEY FOR FOOD.

At this point I am cursing 1. The client who made me spend that 4000 rupees,  and 2. my self for not having prepared better and for turning down my mother’s offer to give us 100$ as emergency money. I think all of us were repenting that last bit, when all of a sudden, there is a flurry of activity from BIL’s corner of the room… He lunges at his passport case *says a little prayer to the gods of food* and pulls one 100$ bill (American) and 50$ in Australian.

All at once, the three of us are laughing our heads off because we’re all giddy with relief. We manage to do some jugaad and convince the hotel staff to give us back our indian currency in exchange for the american 100$ which they are more than happy to do.

I’m happy to state that we returned to india with no more money woes. 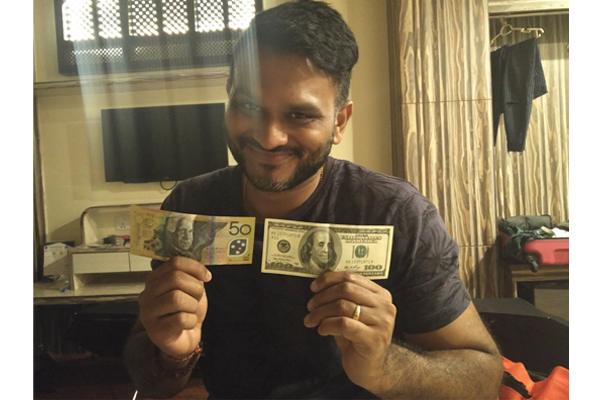 What i had not accounted for was the fact that we were spending a LOT of money on fuel next on the list was food and last accommodation. I had taken for granted that our bank cards would work in Nepal (a very stupid assumption).

Also, what i was told about people not accepting 500 and 2000 rupee notes was incorrect. Everyone we paid in 500 and 2000 notes had no issue with accepting them (they’ll probably stop now that the 2000 rupee note is being discontinued … ) The problem with 100 rupee notes are that you feel very rich until you pay for something and suddenly your fat wallet is thinner than the hair on my head. and you’re like crap. Can i just dash quickly to the hotel and get some more cash 😐

So if you’re planning on going to Nepal, DON’T DEPEND ON YOUR CARDS and carry enough cash in a mix of 500’s and 100’s BEST to carry 100$ in american in your passport holdall for emergency purposes.