The first time I ever met Abish, he was flitting around the room in a loose shirt, a pair of micro shorts and leg warmers. Those shorts were so short… they left NOTHING to the imagination..Thankfully in the picture below he’s wearing slightly longer shorts. 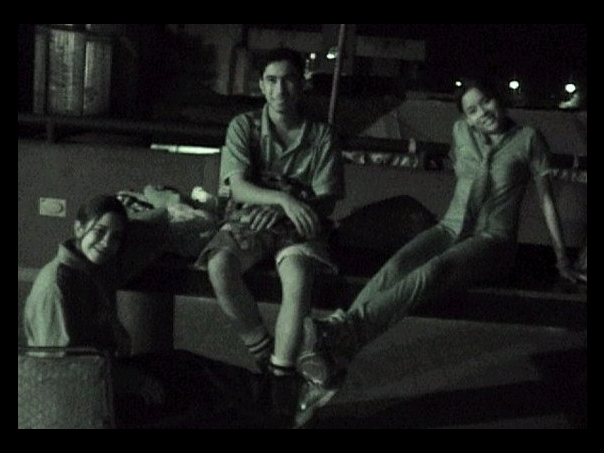 Abish in the centre with me and another friend circa 2003. Photo credits: Anish Mathew
We met when I was 13 and he was 14 at a dance class I had randomly decided to attend – His brother was the dance instructor. Little did I know how grateful I would be to have him in my life and how I would look up to him as a source of inspiration in the years to come.

Through the years, I have seen him dabble in multiple things before he finally found his calling. I’ve witnessed how he didn’t let the arbitrariness of the Indian CBSE board get to him – his three years of college where he did not REALLY fit RIGHT in, but was able to turn on his charm and get everyone to love him, to his stint in radio – cracking some STINKERRRRRSSS while on air but getting better and better as the days went by till finally plucking up the courage to venture into the world of comedy.

I remember him sitting and watching video after video of the different comedians out there… (this at parties once everyone had either passed out or were emptying their systems of the copious amounts of alcohol they had consumed..) Trying to find a style of his own – being very careful to not end up “stealing” someone’s comic personality.

I’ve been to some of his first few shows…where the venues weren’t CRAWLING with people… and I’ve also been to shows in auditoriums which were packed to full capacity.. with people sitting in the aisles OR standing at the back ALL laughing their asses off.. And I remember just feeling so proud of him and of all he’s accomplished.

I’ve been wanting to write this post for a very long time now. -telling the world of this comic from India. About how it’s not just luck and good fortune that brings a person success… but sheer dedication and hard work that puts you on the map in whichever field you decide to work in.

OK enough serious talk. Here’s a few episodes from the funnyman’s web series – “Punliners” Check it out! He comes up with videos every month (sometimes more than once a month!!)

Or go to his website to find out more about him! – http://www.sonofabish.com/