Our parents used to write letters to each other and wait for replies. A few months ago, I was trying to find a photograph to ago along with another blog post i wrote (the one about my mom and dad falling in love with each other) and while i was doing so, I came across all these amazing photographs and a letter, from my grandfather to my mother. I didn’t read much of it, because it felt like prying, but it was like i was privy to only one side of the conversation and I had to imagine what my mom might have said to him to extract those responses. 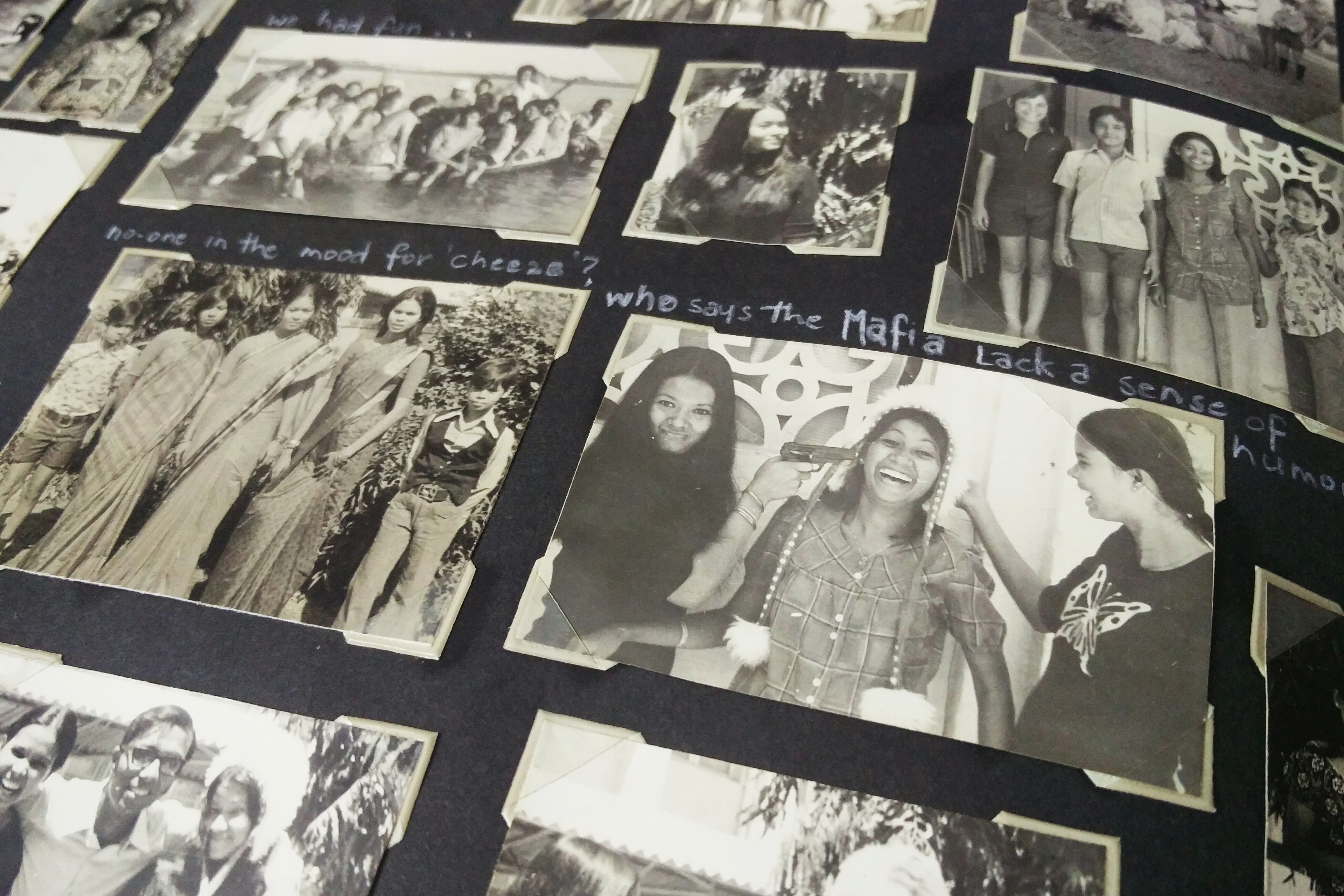 IF I send out a snap on snapchat and then i cant even remember wtf people are responding to when they send me responses. I would 100% FAIL at being a pen pal. I would have to take photocopies of the letters before i sent them, just to make sure I knew what they were talking about when they finally replied. Were our parents and grandparents memories way better than ours????

When I found those letters, i was like this is so cool coz i am getting to peak into my parents life at this point in the past. But – The future generation won’t have that – I am so sure that Facebook might self combust like hi5 or Orkut did and then suddenly, an entire CHUNK of your life is just gone. Nothing to show for it. I have very few physical memories in the form of letters and photographs between the years 2005 to 2017 – probably because I got my first cell phone in 2005. I mean, do kids even pass notes in class? No right? they would probably just whatsapp their friend while the teacher’s got their back turned!

Recently, I was out of town for the weekend to attend a friend’s wedding and because my hands were so preoccupied HOLDING YARDS OF FABRIC IN PLACE (didn’t really save the fabric from destruction – ask my mother) I took very few photographs on my phone. I have a single polaroid which means a lot more to me than 23985 pictures / selfies. It’s literally us being captured in the moment – no editing, no taking 10 pictures of the same angle etc. I guess that’s why polaroids are coming back into fashion!  once you’ve made the memory it’s yours to keep – no fear of a server dying and erasing your memories. 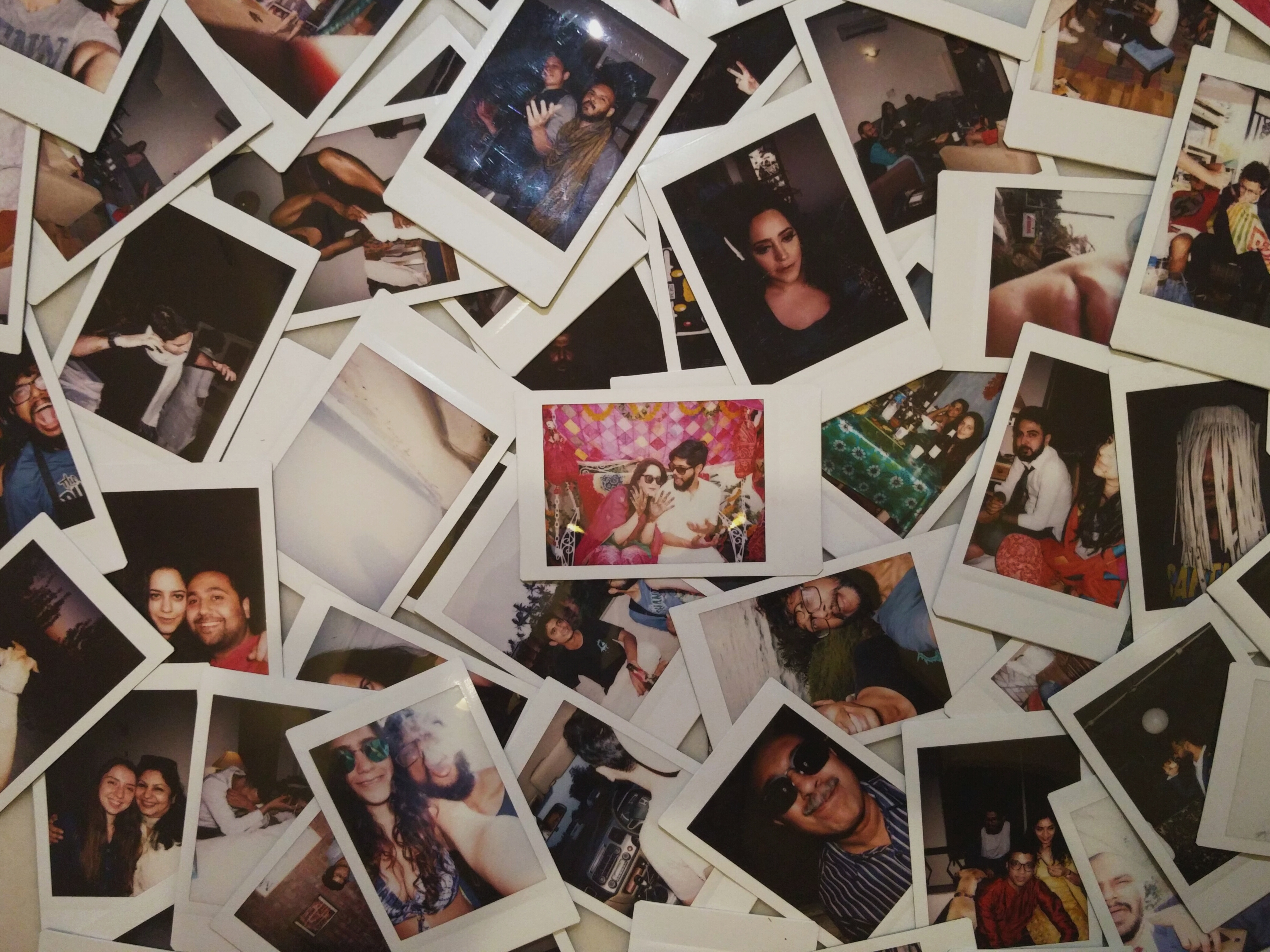 One one hand, it’s great that having an actual print of a photograph but on the other, as my amazing friend shiva pointed out, Instagram allows you to remember in a way that you would never do with physical photos. Facebook has Facebook memories, which tell you exactly what you were doing on year ago on the same day Photo albums can’t do that. She also mentioned that a more permanent solution to my conundrum was to upload it to a cloud – which gave me no hope whatsoever. Like WHY WOULD YOU CALL IT A CLOUD?! the very nature of a cloud is to DISSOLVE/ DISINTEGRATE. how is that instilling any confidence in the fact that my electronic memories are safe?

WHAT IF THE INTERNET STOPPED EXISTING? We would have to revert to LETTERS. and keep our friends living in other localities posted on the daily workings of our lives? How terrible would it be if you were dating someone and wanted your friends input on something which could potentially make or break your relationship and YOU GET A WHOLE MONTH TO GET A REPLY? you would have 100 % fucked up and moved on with your life as a single person!

All this has freaked me out to such an extent that I am now planning on printing out significant pictures from different parts of my life and compiling an album .. just like the one my mother made… JUST so that if aliens from the savage future come to the earth and destroy the internet I will AT LEAST have some memories of happier times in a bulky ass photograph album. So that future generations can experience the joy I felt at stumbling across mama’s old black and white photographs and emails.