Once upon a time, there was this girl, let’s call her Bubbly bee. She always had issues with people who tried to force themselves on to other people. She was also not a fan of meaningless banter that went nowhere. She was always up for conversation though, but the empty “hey, how R U?” “what’s up” without any actual substance following it seemed to her to be a total waste of time. Most of the time she just ignored random “hey” messages since modern modes of communication like facebook text and whatsapp messages gave people the option of moving on from just saying “hey” and saying whatever it is you wanted to say.

What really really REALLY annoys annoyed her though, were people who barely know you, but for some reason feel like they are entitled to your time and attention.  Specifically so DUDES.

She had met someone a couple of times for work and interacted with them over a few days, and they added her on facebook as a friend and had her number. Then they randomly popped up and started really boring inane conversations as a build up to telling her that they wanted to ask her out on a date while they had been working together to which her response was “I am flattered, I would have hung out PLATONICALLY but I am not looking to date.”

Same person, let’s call him Mr. Small talk attempts a couple of times to make conversation over whatsapp, eg : “hey” to which bubbly bee might not have responded because of really busy days of work/ she didn’t really feel like engaging in small talk.. This also happens to be an exceptionally busy week/ month where she had zero free time, of which he was made aware. Maybe it’s just me, but if I was in his position, I would have gotten a hint and been like, ok they don’t want to talk and I would buzz off.

BUT NOT HIM.  After about half a month since bubbly didn’t respond to his message, he says “hey” over whatsapp again, this time, AT 1:22 IN THE MORNING.

Bubbly woke up the next day, saw the message and the time which it was sent and went “even if I WAS awake at that point, I would not have replied because I don’t know this person. I have met him once in my life and it’s ONE in the morning.” She also sees the earlier message she ignored half a month ago, feels bad and says hello because she had time to make small talk.

This is what I have a problem with. Why did she feel bad? WAS she actually being rude when she did not necessarily want to engage with this person?

She has a two second conversation with them, where they establish the fact that she is an early sleeper, after which she goes on to experience one of the most stressful days of her usually very chilled out life to the point she was only using whatsapp for work and ignoring messages from her nearest and dearest, and hadn’t eaten or drunk anything from 12 in the afternoon till about 12:15 in the morning.
At some point in the day while she was whatsapping work related stuff, she gets message from him going

She had a flash of annoyance at that time and thinking “wtf dude I don’t owe you anything” Then stress took over again and she forgot about it.
She tried heading to bed seeing as to how she had to wake up at 6 in the morning for a shoot, and just as she was about to fall asleep when GUESS WHO CALLS AT 12 45 AM???

She wakes up and start stressing out about the next day once again and try and calms herself down by going over a checklist and making sure she is ready for the shoot the next day. By the time she’s calmed down, and am trying to get to bed again, it’s close to 2 30 in the morning. She starts responding to the messages from her nearest and dearest (WHO HAVE NOT EVEN ONCE ACCUSED HER OF IGNORING THEM BTW) And SHE receive another text from MR. Smalltalk saying “limit hee hogayi ignore karne ki” (this must be the limit to how much you can ignore someone) 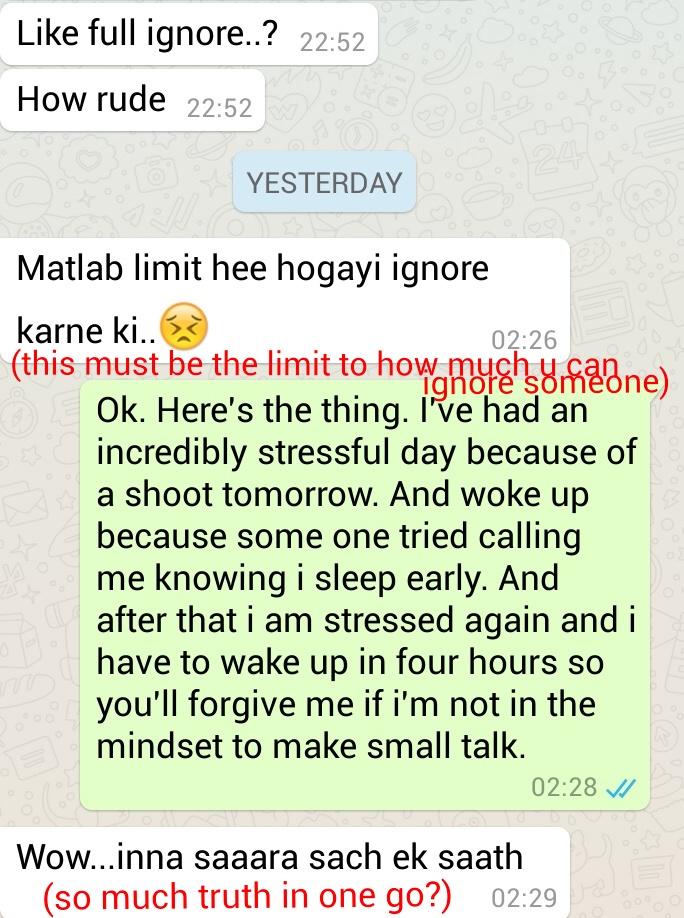 Bubbly is really mad now. Didn’t really know if it was meant to be cute, but she was in no mood for it. 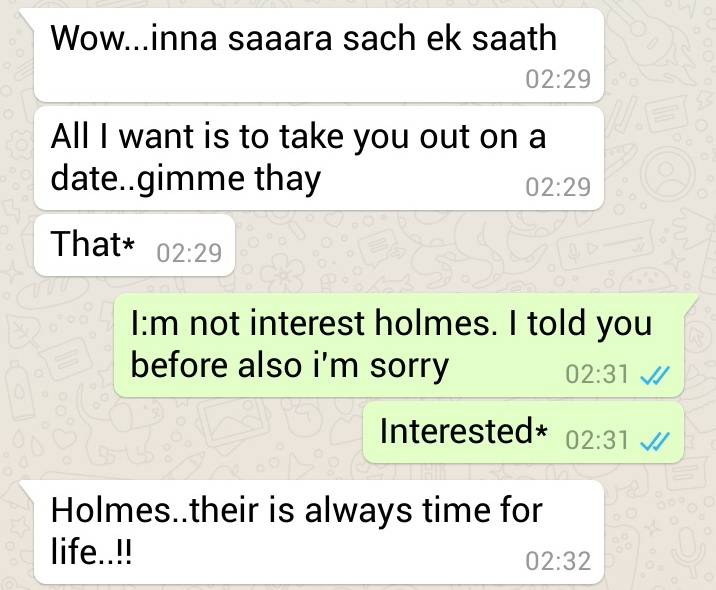 In her head she’s going “What was he expecting? AN APOLOGY???? Why should I apologize for not wanting to talk to someone I don’t even know. What makes him think he is so entitled to my time or attention? Like, How inconsiderate ARE you if you KNOW someone is an early sleeper and you STILL call them at 12 45 at night AND YOU DON’T EVEN KNOW THEM THAT WELL? LIKE WHAT THE ACTUAL FUCK? also, THERE*”
Bubbly’s situation isn’t a stand alone one, I’m sure it’s happened to quite a few of you out there. It’s definitely happened with me and it mostly involves guys I do not know, so technically, I don’t really owe them any explanations about why I do not want to engage in conversation with them. It really astounds me. If I want to talk to you I will. You can’t shame me into talking to you or GUILT me into talking to you. What the hell kind of game plan is that? IF I annoy the crap out of her maybe she’ll just get exasperated and say yes? And when it’s been made clear before that I’m not interested in dating the person.

I’ve noticed this pattern over the years, a person starts talking to you and you reply out of politeness which is seen as encouragement/attraction and then when you state you’re not interested, it’s like they are deaf and they keep trying to the point where you have to resort to being a rude bitch and then they’re like wow chill out. Why can’t you take a compliment? And then them going and bitching to the world about what a major tease/ monster you are.

Moral of the story: Be a bitch from the beginning. 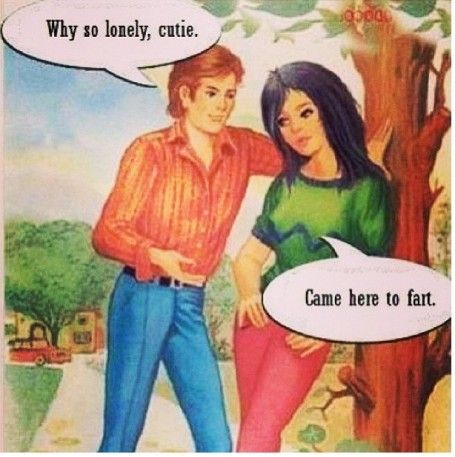