Love of my Life.

It’s been the longest relationship I have ever had. Through the teenage years of sneaking around behind my parents backs, to the more open times of being able to walk into my house confidently (With disapproving looks from my parents of course) It’s survived best friends and boyfriends, cities and countries. It’s been by my side through school and college and post grad. It kept me company during my most homesick and lonely times during my masters in England and apprenticeship in Bombay…

This year in honour of Valentines’ day, I wish to document my life long relationship with namkeen and savoury snacks (particularly of the ALOO or potato variety)

You might think I am joking – but me and savoury snacks have always been inseparable. 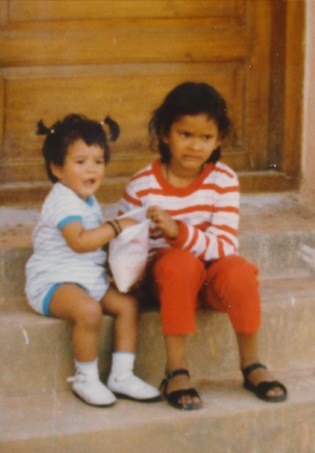 It taught me to never give up fighting for what I believe in. And that the spoils go to the VICTOR (sorry P) 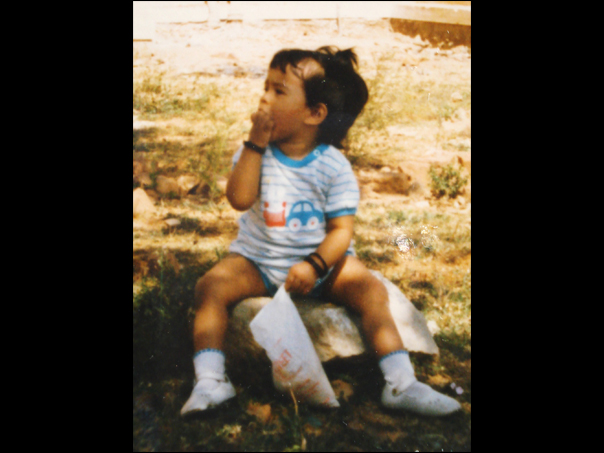 Like most teens, I got into trouble at home. Normal teens would be addicted to things like smoking, weed, alcohol… what was KIRIN addicted to? Chips. Specifically Aloo laccha. My parents are the health conscious kinds. The only namkeen we had at home was the south Indian kinds (mixture and muruku and karakaddi) which were all delicious… But they just weren’t for me.

I knew my parents would be pretty upset to find out I had been “feeding my body poison” – so I used to pick up the packets of chips/laccha/bujjia on my way back from tuition and stuff them in my tuition bag, run home, lock my room and INHALE the snacks while reading a book before dinner.

I had a system in place to dispose of the packets (so that i wouldn’t be found out) I would fold them into squares, and throw them in one of the dustbins in the colony (never at home). I would have never been found out. If I hadn’t gotten LAZY.

The pile of empty packets (which i used to store in my study table cupboard) grew and grew… Till of course I HAD to dispose of them because there was no longer any SPACE! I made the fatal mistake of throwing some of the packets out AT HOME. And BOOM! The gig was UP! I was found out.

My sister (unfortunately) was made a scout by my mom and went snooping in my room. When they opened the study table cupboard… OUT came a CASCADE of empty chips/laccha and Bujjia packets.

It’s been about twelve years since that incident, and my parents have grudgingly accepted that it holds a permanent place in my life (It’s the lesser evil when compared to smoking and alcohol consumption).

I might not be as ardent a consumer as I once was – the love I once had for savoury crunchy snacks has matured into one that is more comforting that anything else – with an occasional passionate devouring every now and then. 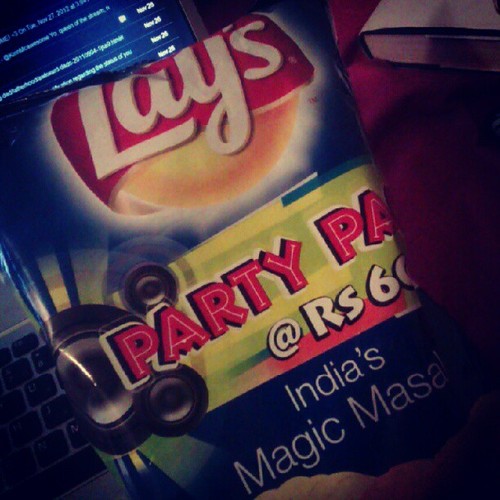 PARTY FOR ONE PLEASE! (Happiest Discovery of 2012.)

Lent has effectively RUINED my valentines’ day plans as I was FULLY going to spend it how I spend it EVERY YEAR. Stuffing face with chips and reading a book/watching a movie. Since I love chips and savoury snacks so much, I ALWAYS give them up during Lent.. This is how Every lent goes :