When I was younger… much younger… I remember asking my dad “why are grown-ups so serious all the time? Why don’t they laugh as much as we do?” To which he replied “they’ve just seen a lot more than you have…” And then (in my head of course) I was like “eh? … How does that answer my question? Maybe they’re all just boring. I never want to grow up…”   I didn’t really think about what he said at the time (I must’ve gotten distracted by chips or something) but for some reason that conversation stayed with me.

As I grew up, I began to understand what my father had said about seeing and experiencing things the older you got – only logical that you did na?

No matter how charmed my life, I did start becoming more aware of certain things… my parents no longer seemed to possess the super human immunity… aunties and uncles we met at social gatherings seemed to have aged a little more since we last saw them. People in the family and family acquaintances would pass away over the years, but it wasn’t as though I knew them or anything… It was like hearing of a stranger pass away.

Then, of course, more stories about people falling ill, more people passing away, this time people I had met. Sometimes, death affected people who were very close to me – like my friends and family.

It was as though something was trying to remind or impress upon me the fact that everyone was mortal. Like Life was trying to say, “hey, I know I keep introducing new people into your life but I kind of have to balance it out by taking away someone else who is awesome.” It seems cruel to be forced to live without someone who you love very much -someone who you can turn to when faced with a problem you have no idea how to deal with… to show your latest accomplishment to and feel the need to make them proud.

These losses, remind me to be grateful and thankful for every single person I still have in my life, they teach me to cherish the limited time we have together. To never take those people for granted – because you never know when your time with that person on this PLANET is going to run out.

How does what my father has to say even relate to what I am saying in this blog post? Well, I always noticed that “grown-ups” have fewer laughter bouts than kids… they don’t have that same carefree quality to their laughter… and that’s ok. They’re aren’t carefree. They have responsibilities and worries and are busy worrying about how to build a space or a life for their family or friends – so that THEY can lead carefree lives. Maybe they just don’t have someone doing the samw for them anymore.

THAT is where YOU and I come in. We will never be able to replace the people our parents or friends have lost… But at least we can be there for them in their time of need. We can be the ones who they can turn to for help, the ones who take pride in their accomplishments as if they were our own. We can choose to add value to peoples’ lives – for life is richer when you have someone to share your experiences with.

More than a decade after i asked my father the question, my own experiences have decided to answer my question  – Yes, “grown ups” don’t laugh as often or as freely as kids do, but their laughter and happiness is a different kind of happiness and laughter – something that is precious in its own right…  because …

“Laughter is the tonic, the relief, the surcease for pain.” 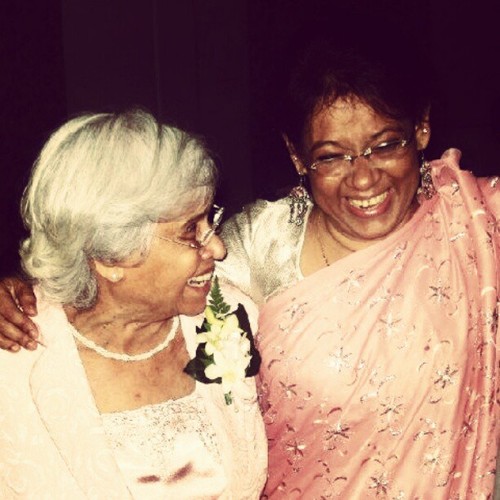