Kirin goes back to College

Going back to college after you think you’ve technically “finished” with formal education is never easy. Especially when the time you spent pursuing your undergrad degree was brilliant. In this article, I will try recounting what it felt like to go back to college – At the age of 24 – And not just any college.. A privately owned and run one… specializing in one of the most gruelling and rigid jobs ever.

Let me just start by saying I absolutely LOVED going to college the first time around. I formed life long bonds, got to be a part of a music society, played the bass for a couple of bands, sang acapella, set up a stall at the diwali mela to sell earrings (Funkanatomy could well have been conceived here) – EVERYTHING. Then came my Masters in the UK – the first few months weren’t so great (with me being allergic to almost every other edible thing and the weather and OH YEAH missing that cocoon of awesome I had spent building around myself in terms of my social circle…) but it got better. I met the most amazing people, was exposed to some really cool schools of thought and basically GREW UP in that year away from family, living on my own.

A year back, I wanted to learn about food production and was CONVINCED that I couldn’t do it on my own, that I NEEDED an institution of “higher learning” to impart knowledge only then would I see it as a legitimate learning experience. A year later, the whole experience has got me thinking about why we require an “institution” to legitimize learning. Why we feel the need to go enrol some place and be taught something we could’ve easily taught ourselves. I know that because I could’ve easily taught myself the things I went to college to learn… and probably could’ve finished the entire syllabus in a very short period of time… but I still opted to go back to college.

My first WTF moment occurred when I realised that most “good” Hotel Management Institutions deny admission on the basis of AGE. If you’re above 22, sorry boss, you have missed your chance. HOW CAN YOU PUT AN AGE LIMIT ON LEARNING?

I found a place that offered a course I would be interested in and went in for their interview.

I was told I was overqualified and would not require a diploma in food production if I already had a Masters.

They tried to persuade me to go for a Degree in Hotel Management (i.e. study full time for 3 years) instead of doing a diploma – regardless of the fact that I told them I SPECIFICALLY only wanted to learn how to cook… to which they replied “Well, if you want to learn how to cook for your husband, we can understand why you’re being so stubborn in pursuing this course and not going for a degree.”  (This was the director of the institute by the way.)

I bit the bullet anyway and was like, I can ignore all the stupid things these people say because I will be gaining knowledge from this course and it will be worth it… anyway, It’s only a year and that’s not so long… how bad can it be??? 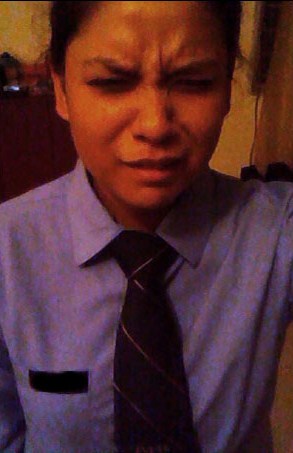 Here are a few things I learnt from going back to college:

In this past year, I have had my highs and my lows. There have been points where the way the college was run and the people in admin I had to deal with infuriated the crap out of me with its archaic and insulting way of dealing with its students… where I’ve just wanted to drop the whole thing, thinking it was a waste of time and money –but I’m really glad I didn’t. I have come into contact with and gotten to know people who I would have otherwise missed out on meeting, stereotypes have been both reaffirmed and broken…and I’d like to say the ones that were broken were way cooler than the ones that were reaffirmed.