In an earlier post, I talked about how I enrolled in college again and how I had to wear a uniform and deal with rules I hadn’t had to deal with since school. One of these rules included entering the college gates by 8:45am -after which the gates would be shut and you would have to stand outside the college for an hour and a half, missing your first class as a punishment. OF COURSE, they give you the option of standing as punishment INSIDE college as well, but that’s after some disciplinary muscle flexing on the part of the admin and some proper BEGGING on the part of the student.

The week had not been going fabulously for me – with my wisdom tooth being extracted and things, and I had been put on Antibiotics which I had to take at a particular time everyday for a few days after the extraction and OF COURSE I had forgotten to put the tablets in my bag and OF COURSE I had to drive back home and get them because I was not looking forward to being CONSTANTLY hungry on account of tooth not healing. So I ended up stopping at EVERY single possible red light from my house to the college and pulling up at EXACTLY 8:45.

I could SEE the college guy taking up position outside the gate as I parked my car and SCRAMBLED to get out carrying My phone, music player, sunglasses, car keys a book and tablets in my hand with my bag half open coz I thought I’d get time to put the stuff in… and I could see him smiling and starting to close the gates. SADISTIC MAN. I made the misguided attempt to run and had a Cinderella moment … with my black ballet flat (prescribed by the college) slipping off my black-socked foot (again requirement of the uniform) and instead of kissing a handsome prince, I ended up kissing the ground.

Thankfully, not a lot of people were there to witness my complete HUMILIATION (I’m not the most graceful person in GENERAL)… only a couple of chai-wala bhaaiyas and SADISTIC MAN who had the GALL to be surprised at the fact I broke into a kind of run when I saw him closing the gates. 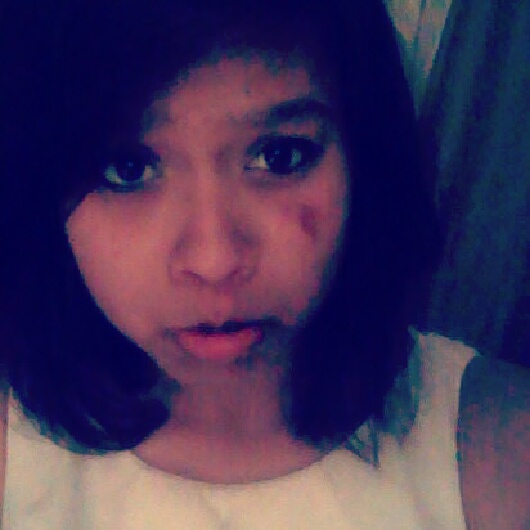 My fall (and the days after that) got me thinking about my childhood… It had been quite a while since I had last fallen. As a child, I seemed to have been in a love affair with the ground.  Scabby knees and giving my parents minor heart attacks were almost a daily occurrence in the Vas household. I fell SO often that eventually, I would only make contact with the ground if I fell HARD – the other times I would just pause in an awkward stance providing much entertainment to those around me.

As children, everyone seems gravitationally challenged! Honour and admiration is bestowed on those with the coolest looking scars and those with the most interesting stories of how much trouble they got into.

As we grow older, we fall less. Maybe we learn from experience or we’re not as wild and unruly as we were when we were kids… but when we fall, and we do fall hard and it HURTS. It hurts much more than what I remember it did as a kid and it takes longer to heal. As Adults, our ego gets involved. We don’t want others to see us fall. We don’t want anyone to know WE FAILED (at walking upright). Pretty much goes hand in hand with our fear of failure in general and the fact that we want the whole world to only see our successes.

Is THIS what prevents us from taking leaps??? Not being sure if we’ll land on our feet… or if it’ll be a GLORIOUS face plant. Falling down gets progressively more painful as you grow older but if you live your life in the fear of falling and looking like an idiot, then you’re probably going to miss out on a lot of things.

WORK that glorious face plant (even if you look like you’ve been punched in the face). It might not seem like a brilliant thing at the moment it happens, but worst case scenario, it makes for an interesting if not amusing anecdote!!