It’s been a while and for this I apologize.
It seemed like every time I sat down to write about something… ANYTHING … the following would happen.

Tomorrow I start my Biennial*  tradition of giving up potato and potato products for the duration of lent. (DID YOU KNOW that Biennial could mean BOTH FOR A DURATION OF TWO YEARS and once every two years?!?!? – English is a complicated language and if I had to give up potato for a period of two years, I would die – either that or aliens have taken over my body and you should probably get someone to look into the matter) and I am hoping I will now spend less time stuffing my face with potato based snacks and More time completing the 21 incomplete blog posts I started writing but never finished because I have the “attention span of a butterfly” As my dad would insist on telling the teachers at every PTA.

Why has it taken me so long to write a blog post? At first, when the website first started, I used to churn out blogposts like nobody’s business PRIMARILY because I was like “LOL no one is going to read this crap.” THEN people started commenting on the blog posts and relating to some of the stuff I said and then i was like “holy shit. People are reading this thing.” And I felt sort of felt obligated to write something that would be WORTH someone’s time to read because the internet is so full of completely useless content these days (I remember the time when it was actually pretty boring and content free – Yes. I am old enough to say I REMEMBER THE TIME THERE WAS BARELY ANYTHING ON THE INTERNET)

That sort of got me thinking about the creative process and what sort of goes into it…. A few months ago, I was working on a cover of the Beatles “Because” – here’s a snippet of one of the main parts of the song i need to play on the bass.

20 seconds of footage is all you see. What you didn’t see is the number of hours put into getting that 20 seconds. This includes, time taken out over 3 days to figure out the bass part, and about 40 takes to get a video clip i was sort of happy with…. and then a little bit of time editing the same clip.

The thing about the creative process or actually anything one creates or gets amazing at is the 100’s of hours of work to get to the point of success everyone can see is really not as glamorous or as talked about as the end result. I know I mentioned earlier that there was a lot of shitty content floating in cyberspace… but there is also so much flawless content out there on youtube and soundcloud and wordpress etc that I sort of sink into self loathing when I attempt doing something and not getting it right or how I want it the first 100 times. I’m my worst enemy when it comes to this stuff. I’m VERY guilty of this. Which probably explains the 21 half written blog posts.

A lot of people have different relationships with the creative process – some like my very cool and very talented friend Shiva, doesn’t want people to see the struggle because it’s her struggle and journey and she enjoys that she can make something that would make them go “Wow!” but aren’t aware of the work that goes into that performance or piece. It’s not like she loves the struggle but she appreciates that it takes a while to triumph and you have to keep trying. And I totally get that! Who would want to see footage of you playing the same riff over and over again? Or read rambling incomplete blog posts about nothing? Who WOULDN’T want to be viewed as a one take wonder/ genius person to whom things come effortlessly too!?

While i understand where she’s coming from, I think it’s easy to fall into the trap of thinking that your work isn’t good enough to publish or put out there, because you’re under the impression that there are so many people who are 320785 times better at you at whatever you are trying to do at any given point in time. In a world where instant gratification is a norm, It might seem hard and frustrating at times to not get the results you want in the span of time you want them.

It’s important to acknowledge that these very people who make you feel like what you worked on might not be good enough, all had a starting point. They too have played the same notes over and over again, screwing up and cursing themselves when they haven’t gotten it right the first time, and then again when they mess up on the second last note of what could have been a perfect take.. but they start over until they get that perfect take. 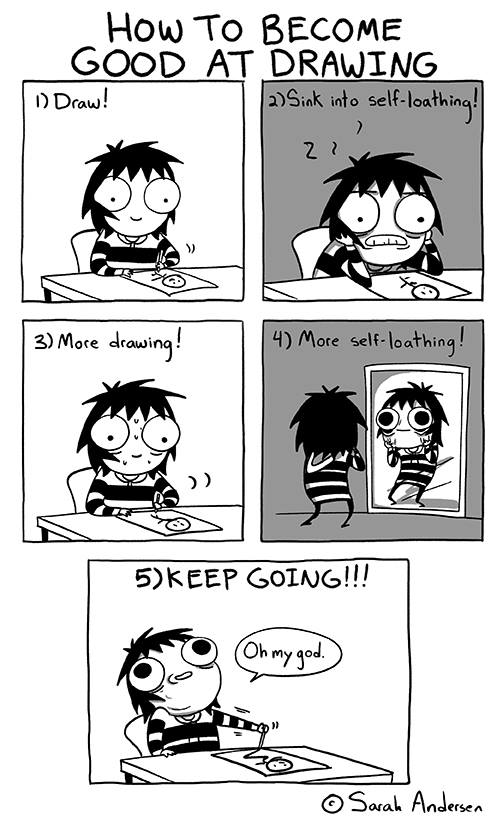 I like to think of the creative process as being at the bottom of a  super steep hill which you can’t climb and the thing you want to accomplish as the top of the hill. Every mistake you make which forces you to start over would form a step which would lead you to getting closer to your goal…And when you’ve achieved it and publish it for all to see, some other poor sod will see it and feel like what they’re working isn’t good enough because of genius’ like YOU. Aaaaaaaaaaaaand the cycle continues! 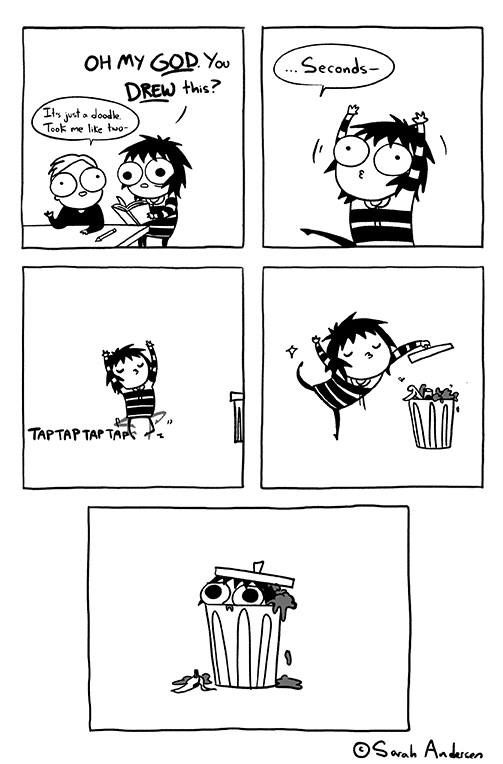 Entire Cover of the bass and vocals cover of the Beatles’ song “Because” :