I’ve always had a massive chip on my shoulder regarding gender assumptions and certain things people say to a female as opposed to a male, especially in a place like India. Most of the time I am incredulous while having the conversations and at other times, I wonder whether if I were a guy, would they dare to say half the shit they say to me?

The first time I had ever ventured into old Delhi to buy raw materials for Funkanatomy, I found the place super unfriendly. I didn’t really know that I was in the wrong place for buying beads (the places I was asking all sold semi precious stuff). But no one cared to tell me as much and point me in the right direction. I’ve learnt now that instead of just landing up and trying to explain to people what you want, it’s always better to take an actual physical sample of what you want. Once I finally found shops that stocked what I was interested in, (on my second visit there) nobody took me seriously because I was a 21 year old girl, who looked about 17. The shopkeepers were all super dismissive of my presence and were eager to be done with what promised to be an inconsequential transaction.

Over the years of course, they know better than to dismiss me seeing as to how I’ve been a regular for the past four years, but they can’t seem to grasp the ideology behind Funkanatomy – That being that I only make a few pairs per design. Granted it’s a whole sale market, and they are trying to make a living by selling as much as they can, but I find myself having to EXPLAIN my business model to people. I don’t really think a lot of guys feel the need of doing this.

SK: really? I wouldn’t think so.

Me: er. Ok?
SK: If business was really great, you would be coming in here to buy materials more often. You used to be more regular.

Me: Yeah, I’ve moved further away so my visits are fewer. Also, making and selling earrings online isn’t the only thing I do. Plus, even though I’ve not come in two months, your stock is all the same, so what’s the point?

SK: Oh. Well, That’s because we’re preventing people from buying lesser quantities of products because they buy like a packet or two of a bead and then in a couple of months, I see duplicates in the market. So we hide our newer stuff.
Me: Can I see some of this magical new stuff? I’m one of the people who buys smaller quantities, but I’m not doing what you say those other dudes are doing.

SK: Yeah, sure you can but you need to buy a minimum of three packets.
Me: Well, unfortunately that doesn’t make sense for me. You know how I’ve functioned. I only buy a few of a kind. All those extra pieces will go to waste.

SK: But why? IF you wanted to expand and scale up, you should be making many more.
Me: That goes against company policy
SK: But that doesn’t make business sense. What is the company policy?
Me: that I only make a few pairs of each design.
SK: Is it really company policy? Or is it your policy?

Me: I don’t see how the two are different as the company is an extension of me.
SK: OH. SO actually this is just a hobby. If it was an actual business, I would have understood. 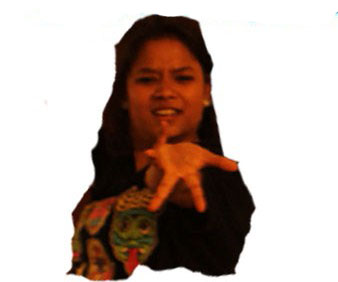 It got me questioning whether the shopkeeper would have had the audacity to have such a conversation and be so dismissive of me and the way my business model functions if I were a dude?

I understand that a lot of people do not really understand how Funkanatomy functions as a company. I get that it is not a conventional business model, heck, even if I wanted to, I would not be able to make a decent living off of it –  BUT SO WHAT? It isn’t the first time I’ve gotten a free lecture on what a business is and how I should run Funkanatomy. Why should a company exist solely to make a shit load of money? I’m fairly happy with it being a completely self sustaining business which (I HOPE) provides happiness to it’s customers.

Personal connections and user experience is so much more important to me than earning money and flooding the market with product that isn’t unique. Which is why I have so much LOVE for the people who appreciate what I’m trying to do – especially my customers who write in and say they love my designs and strangers who write to the website saying that they love the concept behind Funkanatomy. It’s the little emails and messages and notes which keep me sane while dealing with dumbass shopkeepers and every tom DICK and Harry who wants to give me a free consultation on how to run my business.

A couple of people who have read the article have mentioned to me that this episode seems more like a lack of understanding of my business model than sexism, and to them I gave the following reply:

“I get what you’re saying in terms of how you think the post is not so much sexism than it is lack of understanding about my business model.. I wrote that when i was really angry, and it’s not the best time to be writing something coz you lose objectivity. Though in a lot of ways the shopkeeper’s conversation with me in the article itself isnt about the fact that i am a woman, i do think the extent to which the questioning is taken and the tone (which i will never have the skill to capture in written word) and dismissive attitude of the shopkeepers isn’t something that the guy would have pursued while talking to a dude. I think I was just pushed over the brink after dealing with this kind of shit every time i visit over a period of 4 years.”

I really do appreciate it when people take out the time to write their thoughts about things I write because I feel that it helps make the article more well rounded and multi faceted So Please don’t hesitate to comment or write in your thoughts!