Officially, we obtain the status of Adulthood when we hit our 18th birthday, but I don’t think adulthood can be restricted to a number. It could be the moment we’re forced to being self sufficient individuals, economically independent off our parents. This could be at any age. I’m still struggling to get there, but this month, I decided it was time to buy a new car. I’m going to be taking a loan and registering the car in my name, and making monthly payments towards the bank for the car  – and that to me (in my own silly way) represents growing up.  For the first time, I will be responsible for a fairly big asset. 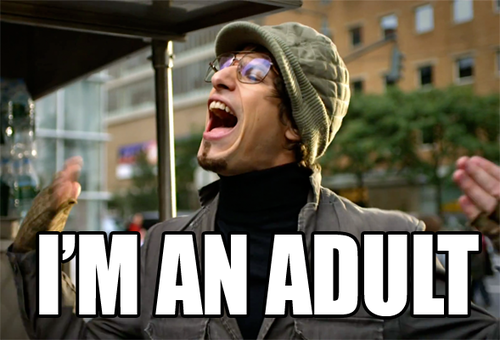 Saying goodbye to my first car is going to be more painful that saying goodbye to my first love.  Technically, it’s not even MY car to begin with. I still remember the day I convinced my mom that scooties (she wanted to buy one for my sister’s 21st birthday) were SUPER DUPER unsafe and that a CAR would be the more sensible birthday present for her. – (my sister studying in the US at the time pretty much GUARANTEED it would be ALL MINE – I’ve always been a fan of forward thinking :P)

One of my earliest memories of the car was my mom driving it a considerable distance with the hand break on (that was pretty much the last time I recall my mom driving a car) I didn’t really get to drive it until we moved to Delhi and I was in third year college. I remember feeling helpless and stranded at different points in my life where I NEEDED to take a loved one to the hospital but couldn’t because I didnt know how to drive, so we had to wait for the Ambulance to show up. It took FOREVER and I VOWED I would get my license as soon as I could so that I could be of SOME use in those situations.

My boyfriend at the time taught me how to drive, and it’s something I will be forever grateful to him for. I feel it’s a large part of how independent and self sufficient I am as an individual today. (Note to people wanting to learn how to drive, get the person you are dating to teach you – chances are they’re going to be way more patient than your family member/friend  also, learn on a car that is way shittier and difficult to manoeuvre than your current car). I learnt on his really old OMNI in the middle of summer. By the end of the one week of classes, I think I built some solid muscles in the bicep area.  When I made the switch to my alto, it felt as though I was driving a Mercedes. SO SMOOTH and LUXURIOUS and I hadn’t melted into a puddle of sweat within 5 minutes of driving coz the ENGINE of the alto wasn’t located UNDER MY ASS (Seriously maruti, what were you thinking when you came up with the OMNI design?)

I spent HOURS driving around where I used to live and peak hour traffic –  I remember FREAKING OUT and yelling when my car stalled at a particularly busy roundabout – that was when I learnt the art of blocking out car horns because the more you pay attention to that, the more freaked you get – P.S. teachers teaching freaked out learners whose cars stall at busy intersections, DO NOT TELL THEM TO RELAX. IT WILL HAVE THE OPPOSITE EFFECT.

When I first started driving, the 25 minutes it would take me to drive my light blue alto to college would feel like a road trip filled with danger, for most of half a year, it was pretty much the only route I could handle without freaking out about getting lost. I learnt how to parallel park in that half year (because it was the only sort of parking available behind college) and my car even suffered dents and bruises brought on my drivers of other cars which weren’t as spacially gifted as I and succeeded in hitting a stationary car.

For about a year and a half, I used to shove my phone in the hole meant for the stereo and play music and PRETEND I had a sound system installed in the car #jugaad #studentlyfe. Another awesome memory I have was driving through the flooded streets of New Delhi during a CRAZY storm in the middle of the day and passing AT least 15 broken down buses and TWICE the number of autos and cars stalled because of water getting into the engine, and PRAYING the entire time that my alto doesn’t join their number (it didn’t. We listened to bad ass songs on my portable car-cell phone radio and got home in 30 minutes as opposed to 20).

I missed driving it when I was in the UK getting my Masters and when I returned, I was forced to get better acquainted with it (and New Delhi Roads) on account of returning home newly single. The Universe also forced me to change a tyre by myself by ensuring I suffer through 4 flat tyre situations in a month and I was like, this is going to keep happening to me if I don’t change the damn thing myself. 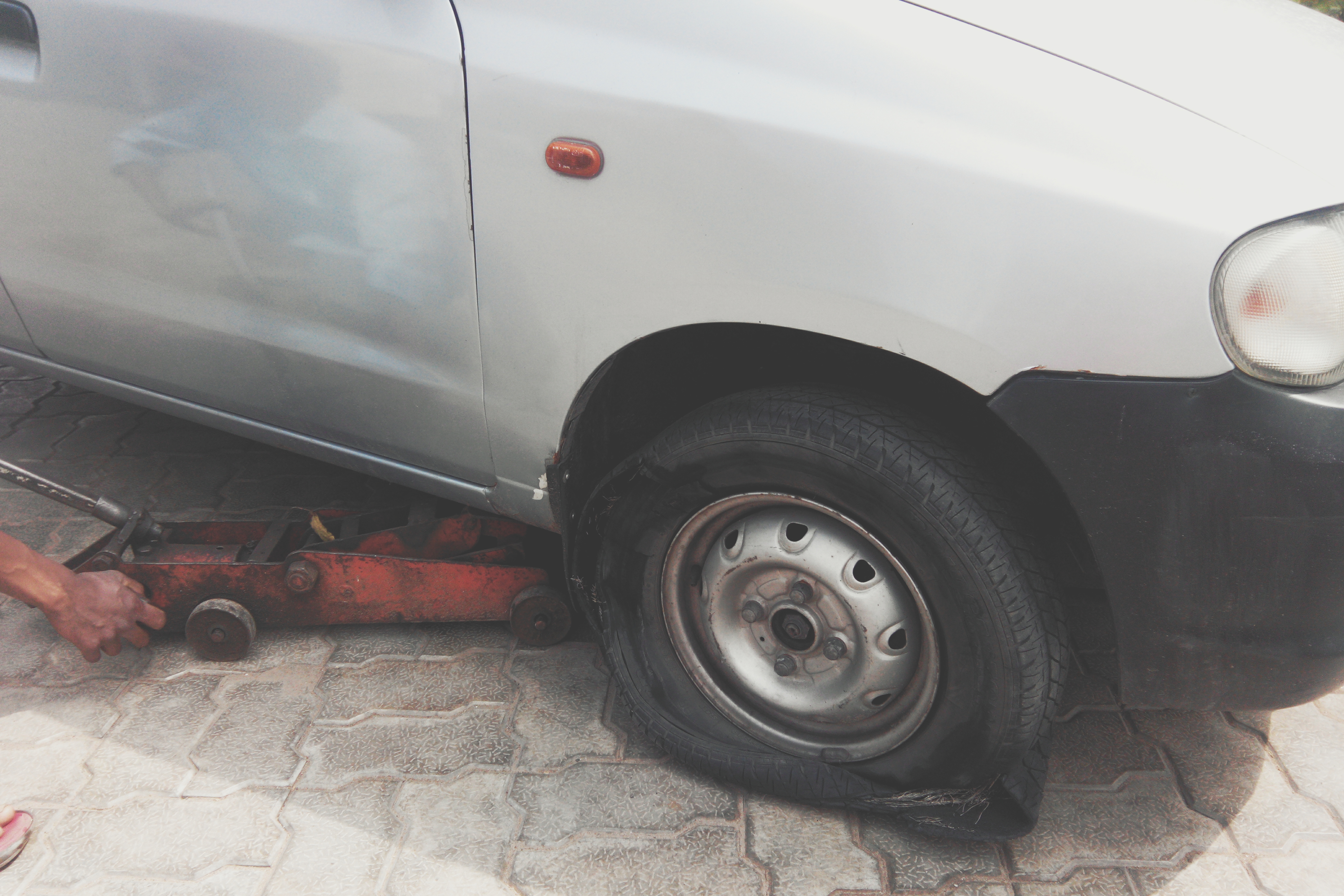 It’s seen me go from being a college student, a masters graduate and back to a college student (when I returned to college to get my diploma in food production) and then finally it’s gotten me through my first few years as an independent food stylist. It’s pretty much watched me grow into a self sufficient adult. It’s my haven on the chaotic delhi roads.

Naturally, when the dudes from the car show room showed up to evaluate it, I felt like a nervous momma who wanted her child to do really well. They gave me a shockingly low quote, I was OUTRAGED. My car might not LOOK like it would have a high value BUT IT’S RICH IN EXPERIENCES AND MEMORIES DAMMIT AND IT’S NEVER LET ME DOWN EVEN ONCE!!! There’s so many memories I attach to the car. I’ve grown up as it’s grown old.

It’s given me the best years of it’s life and now, it cries when the speedometer hits 70, it gets confused and starts making strange noises when I fill the fuel tank all the way to full – (it’s entire life, the dial hasn’t gone above the first half since we lived super close to a petrol pump…) And my parents are constantly worried that the 13 year old car will randomly break down in the middle of nowhere at night after a shoot.. If I had my way, I’d just fix whatever I could and continue using it because I couldn’t have had a better first car. 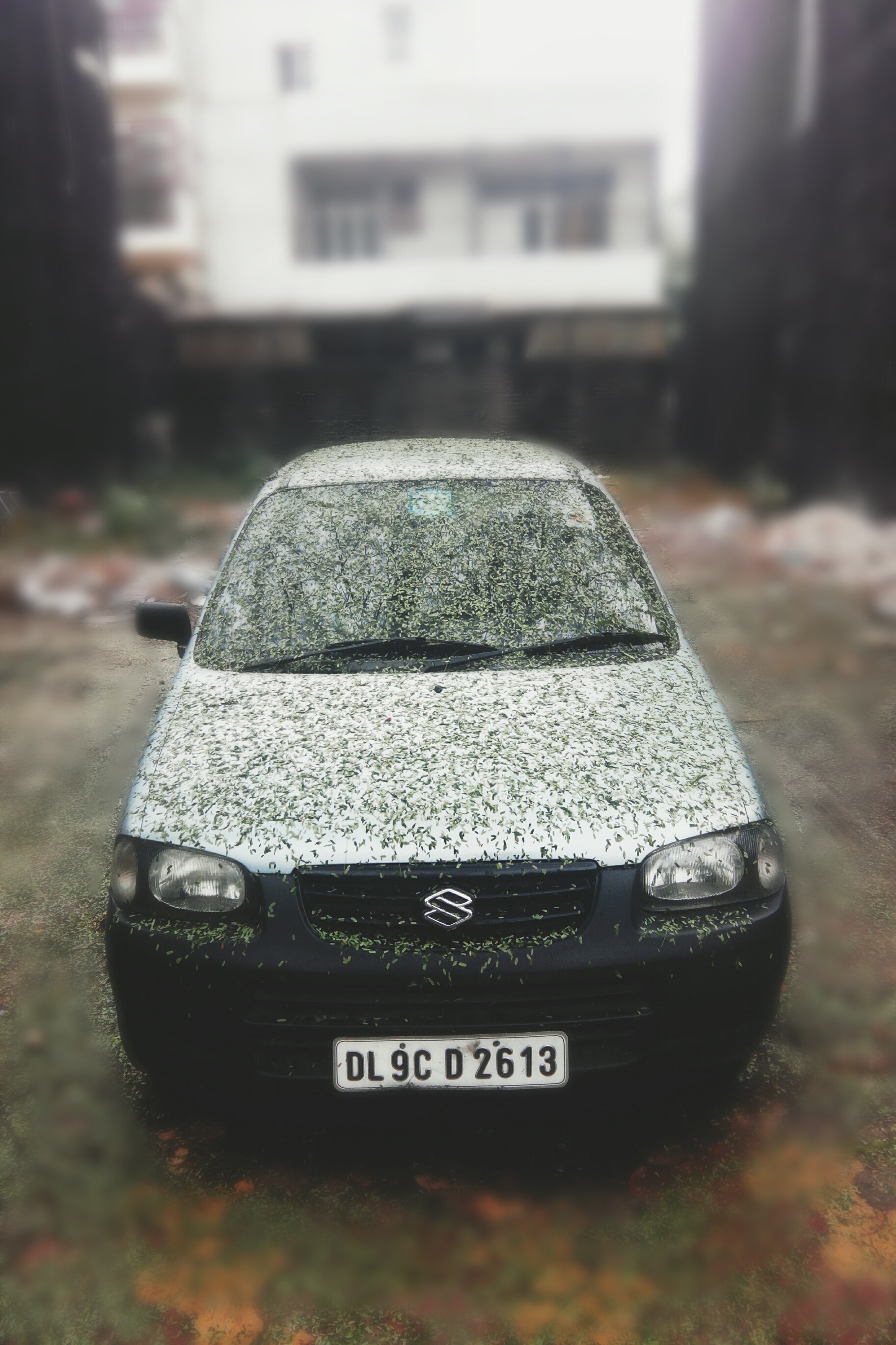 P.S. I would like to thank my wonderful and generous parents and sister for contributing to the purchase of my first car. I’m so so so lucky to have you as my family. but then again you guys must’ve done something really heroic and great for me to be assigned to your family! 😛 KIDDING. <3