I didn’t make MANY resolutions this year…

1. Travel more
2. Make more of an effort with music – get better at the bass and ukulele

Those were the top two resolutions on my list. I had hoped being on an airplane at midnight at new years’ eve would sort of give me a head start on the first one.

10th January, 8 pm – I happen to see an email forwarded to me on LinkdIn inquiring whether I would be up for playing bass at a gig on the 11th of January in the morning in Bombay and if so I should contact the person who sent the email. Nothing but curiosity prompted me to give the said person a call, and in about 5 hours, I found myself sitting in a taxi on my way to the airport to catch a 4am flight to Bombay the first step in what would turn out being a 24 day road trip with 70 others from Bombay to Amritsar.

I think it took me all of 48 hours to fully comprehend what I had gotten myself into.

Of all the things i have agreed to doing spontaneously. This is by far the craziest.

My role was that of a musical extra, I would be travelling as part of the crew of a reality show, based on women’s empowerment – which was to accompany four professional singers (who were all famous in india for lending their voices to Bollywood hits) who rode their bikes from Bombay to Amritsar, stopping on the way to meet inspiring women/ people who were breaking stereotypes, in a patriarchal society. They would meet these inspiring individuals and try to live a bit of their lives and then write and compose songs to perform for them based on their interaction and experiences with them and the work they did.

My role was a minuscule one and I am pretty content with the knowledge that by the end of the season I will have appeared on tv a grand total of about 60 seconds, but I had my own little movie/ reality show taping in my head. 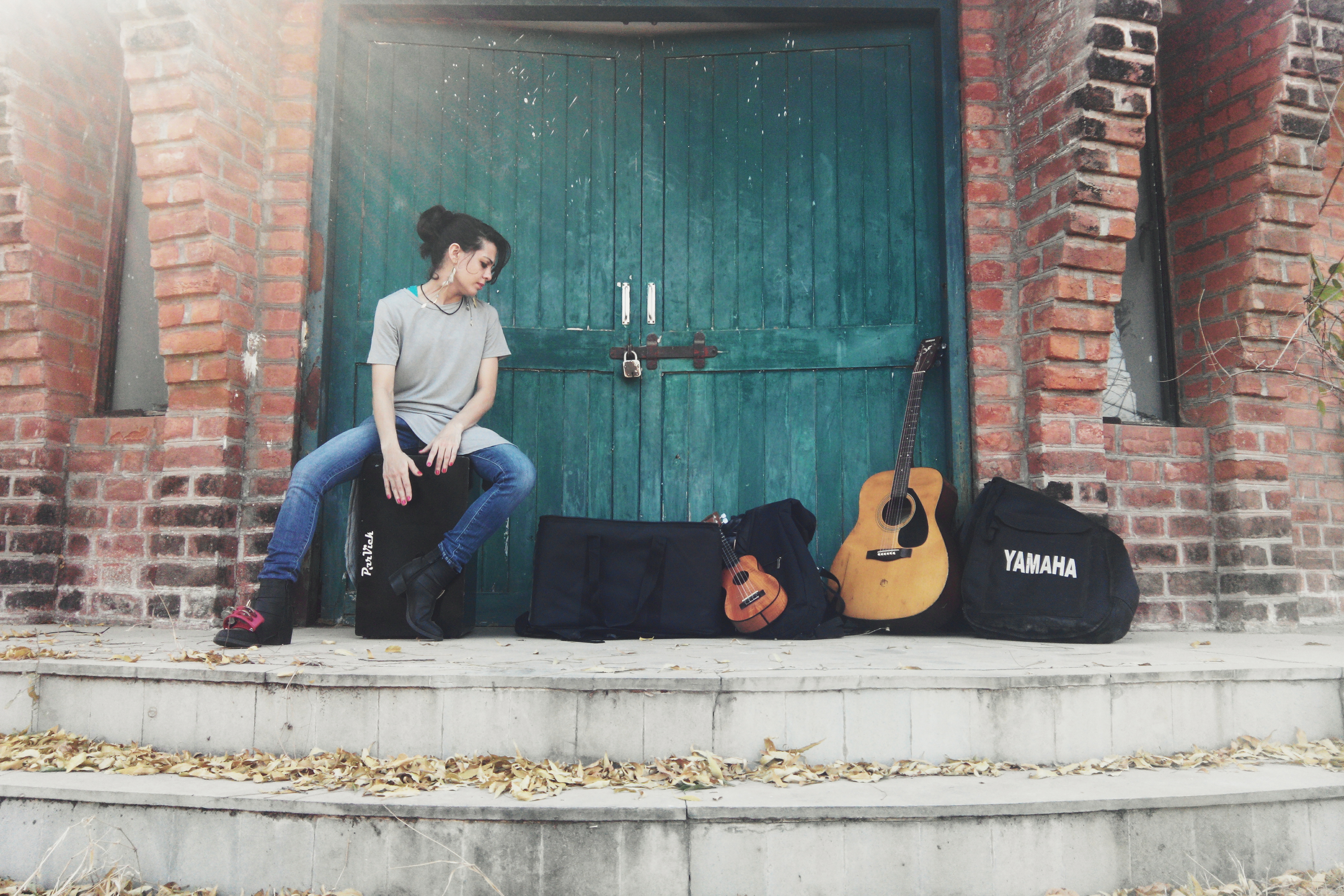 The journey itself was a learning experience in more ways than one. For most of the journey, I used to have access to my bass guitar only on the days of the concerts, and most of the time, I’d take part in the jam sessions with my ukulele … an instrument I was just about picking up and didn’t really know much about. I learnt that there is no shame in admitting that I’m not a professional musician, because I really wasn’t – and that was ok. I was comfortable in the knowledge that though i did not know much about the ukulele, I knew more than any other person in that group of people and my half baked knowledge pushed me to earn new chords and get better at playing it any chance I got. I have learnt more songs in 21 days of the road trip than in the year I have had it. 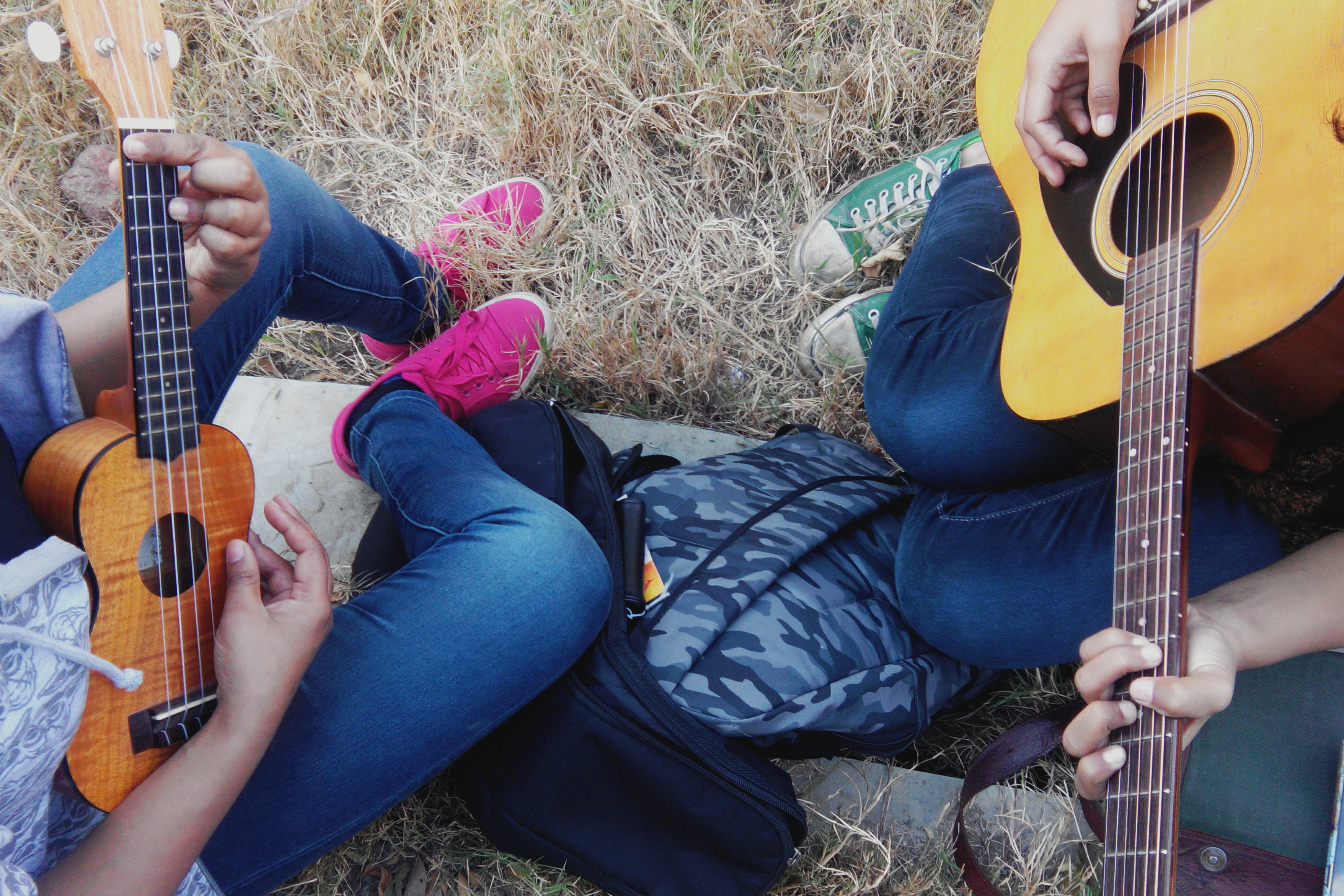 I got to live out my day dream of being in a band and touring the  country, the only difference was that the audiences I was playing for were audiences I would have never gotten the chance to play for if I hadn’t agreed to coming on the road trip. We also played at some really incredible venues – from performing on a FLOAT in a republic day in Rohtak, to a fire station manned entirely by women in Jaipur, to a hockey field in Shahabad and a couple of dusty villages in Rajasthan and Gujarat… I’ve always been someone who believes in things happening for a reason and the time being right for something to happen. I would have never guessed what I was getting myself into by dialing that ten digit number, I am glad i did. As most things in life, this trip had it’s high points and it’s low points, but thankfully, the high point outnumbered the low. I got to visit places I would have never had the opportunity to visit, I met some truly inspiring people..
I got to teach a Ravanhatta player how to play the ukulele (PRESS PLAY to see him trying to figure out the tuning)

Played hockey against some of the future national indian women’s team hockey players (whose ages ranged from 7 – 14 years … and got my ass whooped so bad), 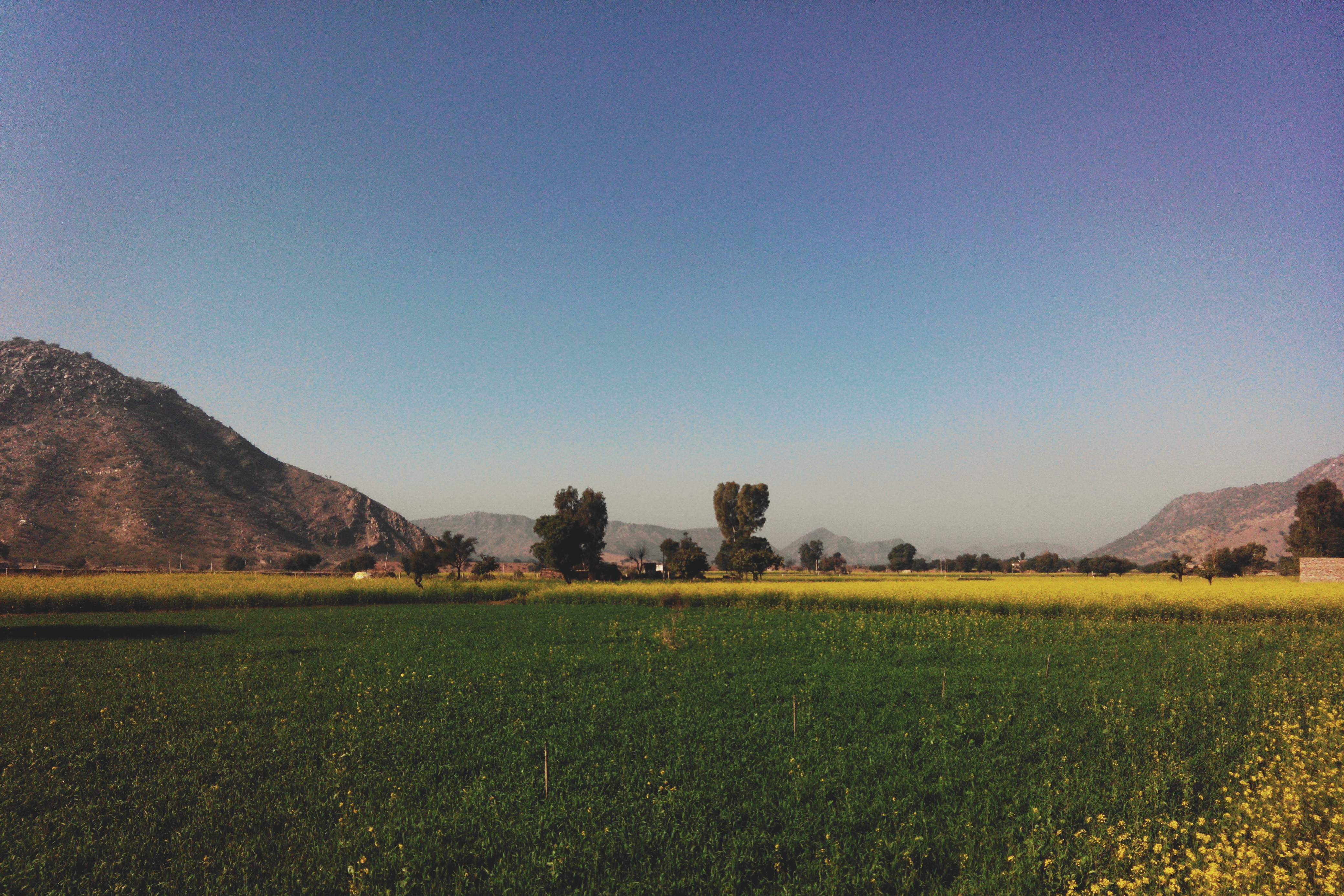 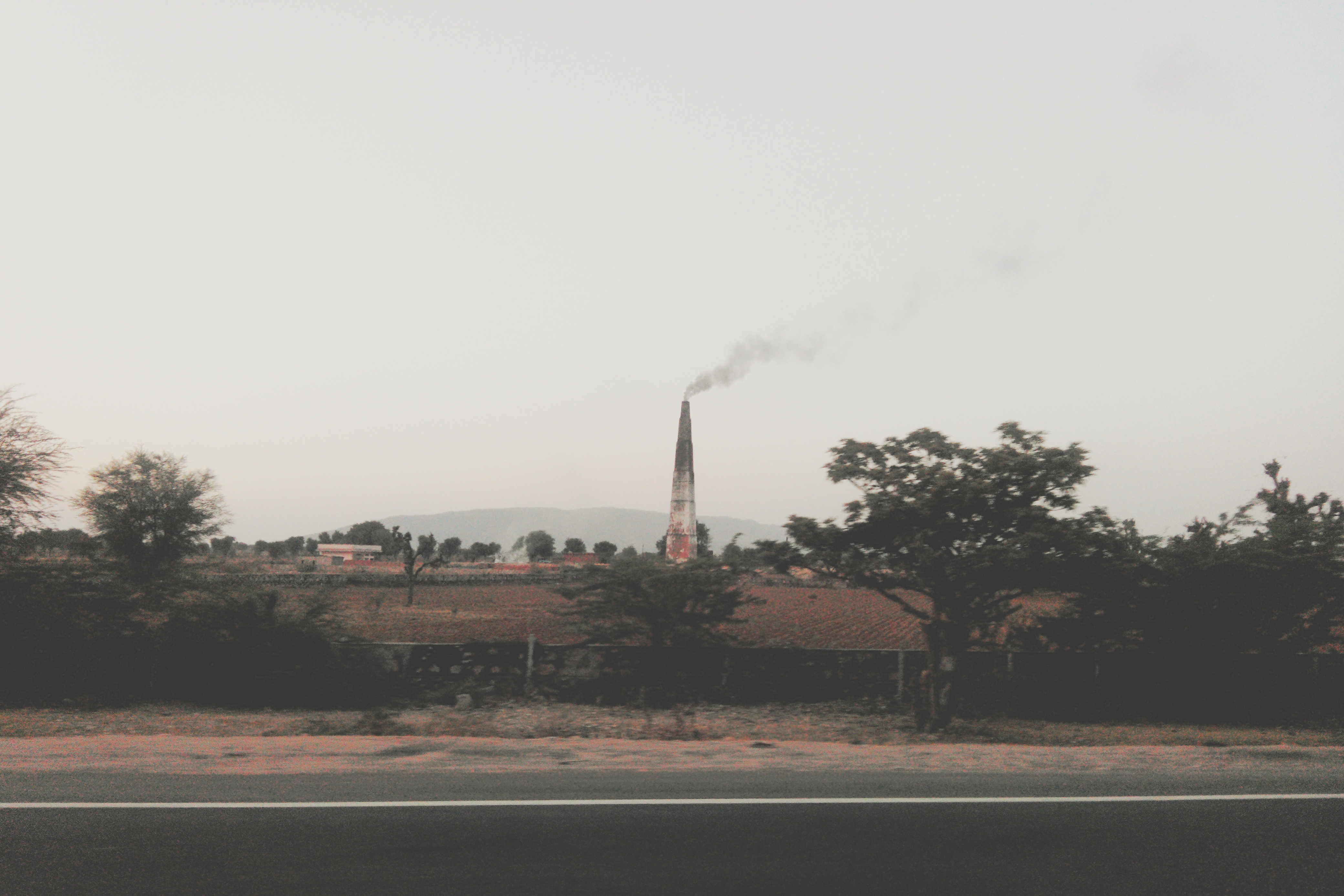 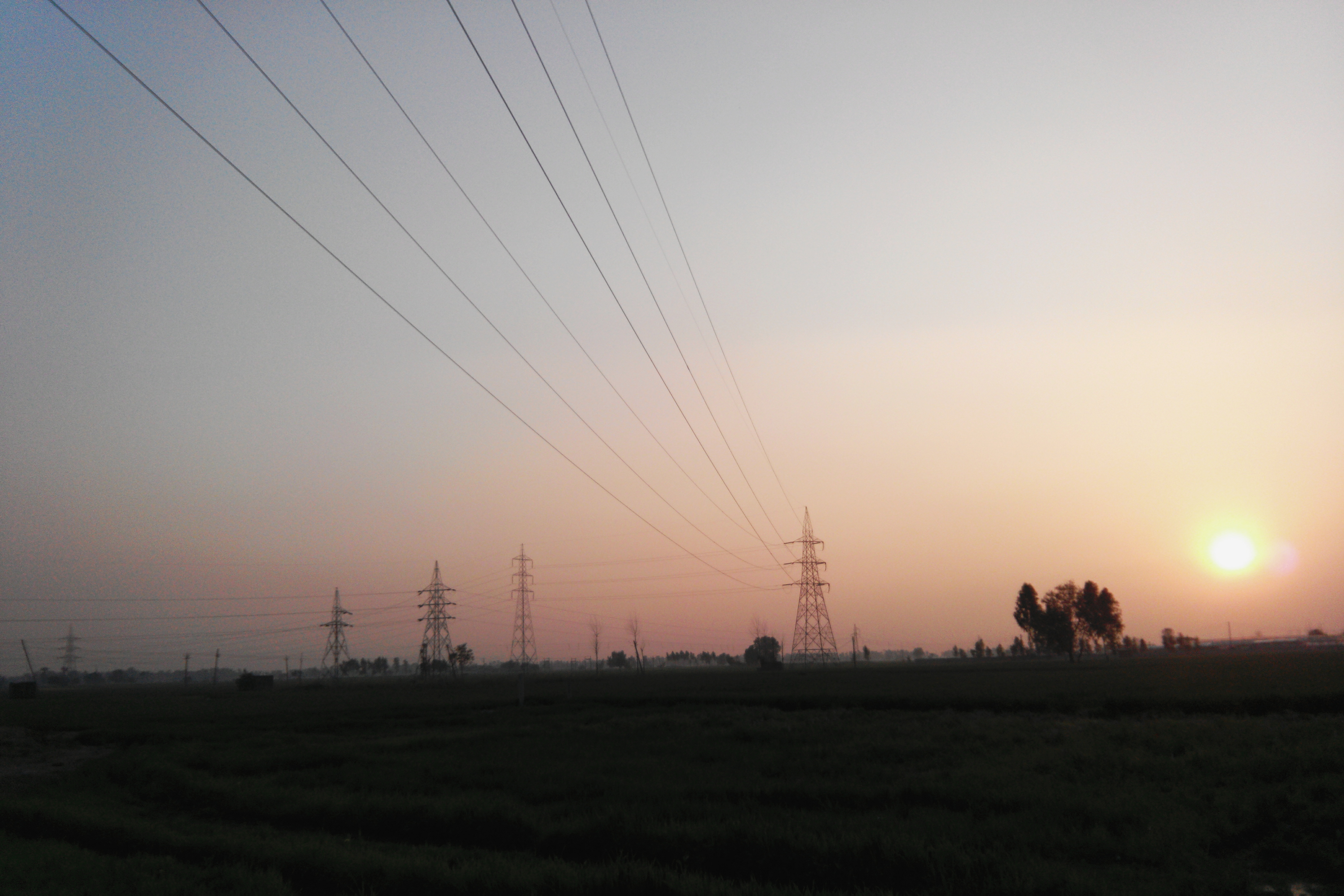 I have never been more sure of the fact that everything happens for a reason – I had initially set up a sound cloud page to motivate myself to play the ukulele better and get better at sound production and get over my stage fright (performing as a singer). It had been ages since I performed with a band. Every time I attempted to get something together, my efforts would be thwarted. I would have never thought a series of random and unconnected events like deciding to produce music on my own by putting tuff up on soundcloud would one day come in handy for displaying my skills as a ukulele player and a bassist which would later get me on a show which would ultimately make me meet the bandmates I had been looking for all along…I’m not going to say more about them because I don’t want to jinx it, but I know we’ve come together for a reason and I hope this trip is just the beginning of a bigger adventure.