Growing up, I had this terrible habit of demanding to be told a story by either one of my parents while i ate my food (forget TV dinners, I was ALL about live performance dinners). One of my favorite stories while growing up was the one about how my parents first met and was always told to me by BOTH my parents, each interjecting the other to tell me their side of the story…. Which always differed from the other!

It had all the elements of a most AMAZING romantic comedy, two people in far away from home, a FAMINE, letters, A DOG. Basically, The universe conspires to bring two like minded people from completely different backgrounds together, in the middle of a small nondescript town in Uttar Pradesh called Lakhimpur Kheri.

(a little background before we begin – My mother, as a newly trained IAS officer was posted in Lakhimpur kheri as an Additional District Magistrate (ADM) and my father was principal of a school in the same place) 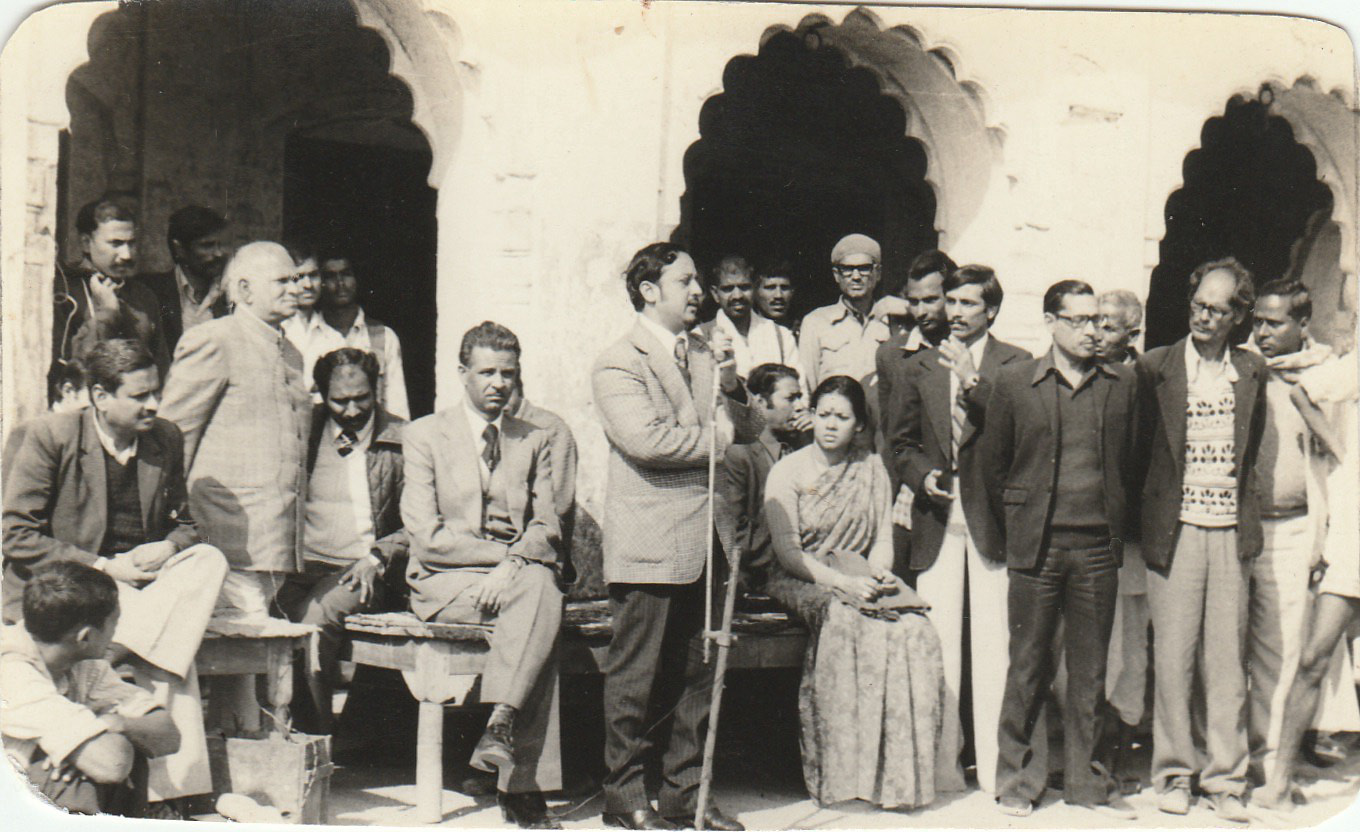 The weekend was fast approaching and amidst the rush of settling in to a new house and a new job in District Lakhimpur Kheri, (Famous for the Dudhwa National Park), I was making mental notes of “things to do” to familiarize myself with the new place over the weekend.

One of those things was to find a local church where i could, like a good christian, perform my Sunday religious duty and perhaps also meet some interesting people and make new friends.

So, come Saturday morning, I set out, in a jeep – for a local tour of the district accompanied by a very enthusiastic driver and office peon. We drove around the town, on bumpy crowded roads, crossing various landmarks like the police thana, the railway station, the post office…. “Is there any church?” I tentatively asked my guides only to be greeted by blank looks. “Maybe a convent?” I asked again, assuming if there was one, at least a chapel would be part of it. My guides brightened up and immediately swerved off in one direction, only to pull into an empty compound in which there stood an unremarkable building which I thought would be the school.

Before I could say anything, the office peon made off, announcing he was going to fetch the “Principal Sahib”.

Five minutes later, expecting to see an elderly person and mentaly rehearsing my apology for disturbing him on a holiday, I was taken aback at the sight of a young man walking towards me, with a german shepherd by his side and a broad smile on his face as if we were long lost friends. 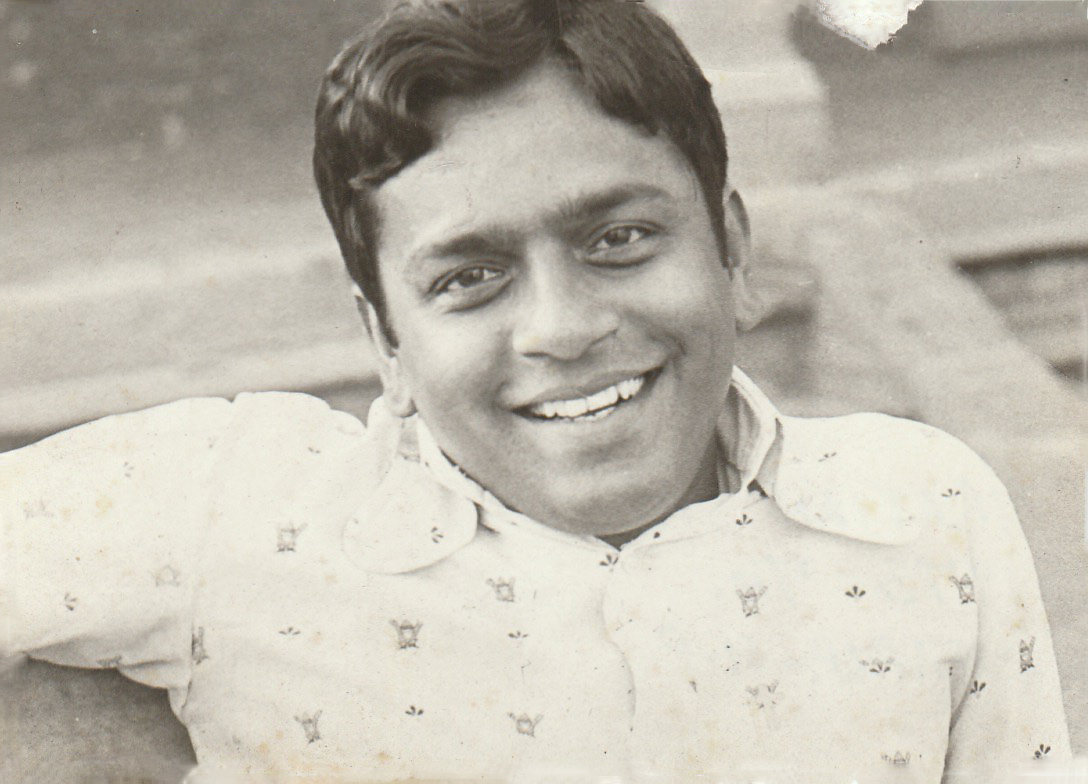 “How charming” I thought, noting his bright blue trousers and floral printed cream shirt he was sporting, completely oblivious of the fashion statement he was making.

Only for a moment, then we were the Officer and the gentleman – I became suddenly aware of the official props surrounding me – The vehicle with it’s blue beacon, the nameplate and the official peon in his uniform – while the principle earnestly narrated his experiences of getting a new school building constructed.

He cheerfully invited me to come over again the next morning for the Sunday Service.

Of course, I was there again the next morning and for every sunday after till i left the district for my next posting – by which time, Principal Sahib had become a very important part of my life.

There was a knock on the door. I was taken aback when I saw a head in a huge Mughal era headgear leaning forward. “ADM Sahiba would like to meet you,” he announced hesitantly.

“Show her in, please,” I said not knowing what to expect…

She appeared at the door – sprightly, confident and every inch an officer but pleasant, cheery, polite and disarming. 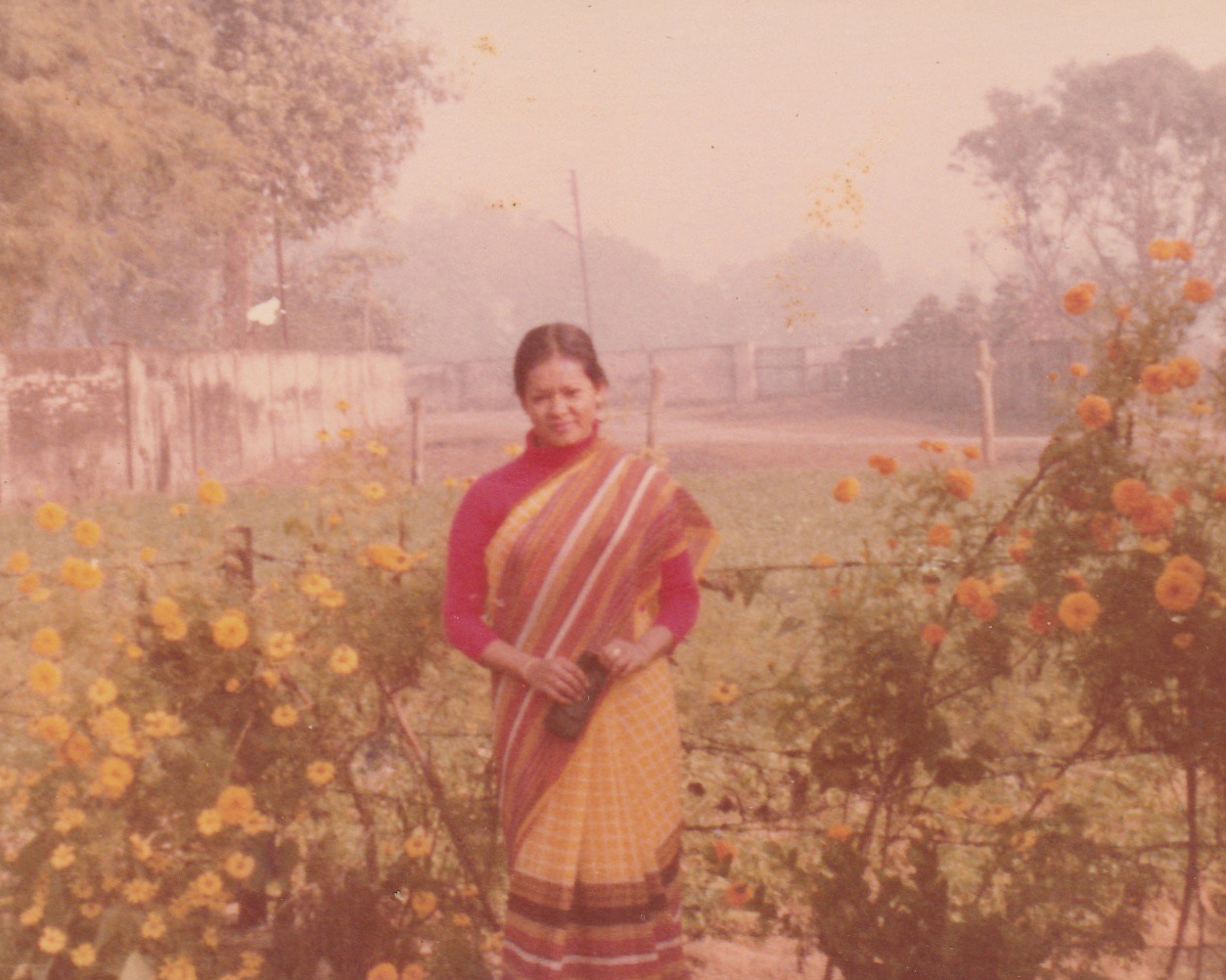 “What a breath of fresh air,” I thought, “in this nondescript, dull and sleepy town still languishing in the last century!”

Bruno (my faithful four-legged friend usually not friendly to those entering the inner sanctum) greeted her as if he had played “fetch” with her in his previous life.

She had just taken over as the Additional District Magistrate and dropped by to make some polite inquiries; she had heard a South Indian guy was running the only  English medium school in town. Of course, I was too happy to help her out with the few initial glitches she faced settling down in strange place – her Godrej wardrobe with a jammed lock was opened and she got bagful of sugar to see her through the month! (Those were the days of extreme sugar shortage,  and I had a huge sack of sugar standing in the corner! A parent, who owned a sugar mill, had generously left it there.)

We kept meeting socially and officially, off and on, in the following months and I kept looking forward to these meetings and even managed to manipulate some. There was something that kept pulling me towards her and I loved every moment of her company. Our three digit landline had suddenly sprung to life and the old school peon became our courier boy. Love blossomed!

So sparks did not start flying at first sight but we fell into it slowly but irretrievably.

My parents would ALWAYS disagree about how they first met… And sneaky as i was i knew if I got them to tell me the story of how they met, I would be getting TWO stories, instead of ONE!

They’re left out some very vital bits to the story – the bit about how my dad used to ride a bullet back in the day and my mom could always hear him before he arrived because of the “budubudubudu” his bike used to make…And how my father admitted to wanting to go over speed breakers a bit fast to make mama hold on to him tighter, but he was a gentleman and decided against it. Then there’s the bit about how he impressed to his future mother in law, by buying her an umbrella from Nepal (to which he RODE TO ON HIS BIKE taking my mum’s younger sister and brother along – i guess ) and also showing off his culinary skills by making “egg drop curry” (curry where you crack the egg into and then it cooks in the gravy itself)

As my dad says, theirs was a long and eventful courtship – the kind that’s a slow flame that keeps people warm instead of the brilliant blast of fire that goes out in a flash.

CAN YOU SEE WHY IT WAS MY ALL TIME FAVORITE STORY? The dog knowing she was the ONE, the practical gifting of SUGAR by my father in a time of SUGAR famine (EDIBLE DIAMONDS!!!), the lasting impression my father’s DRESS SENSE left on my mom! I only hope that whenever I have to tell my story of the love of my life it will be as awesome as this (though, I doubt Potato chips and snacks can ever top that) 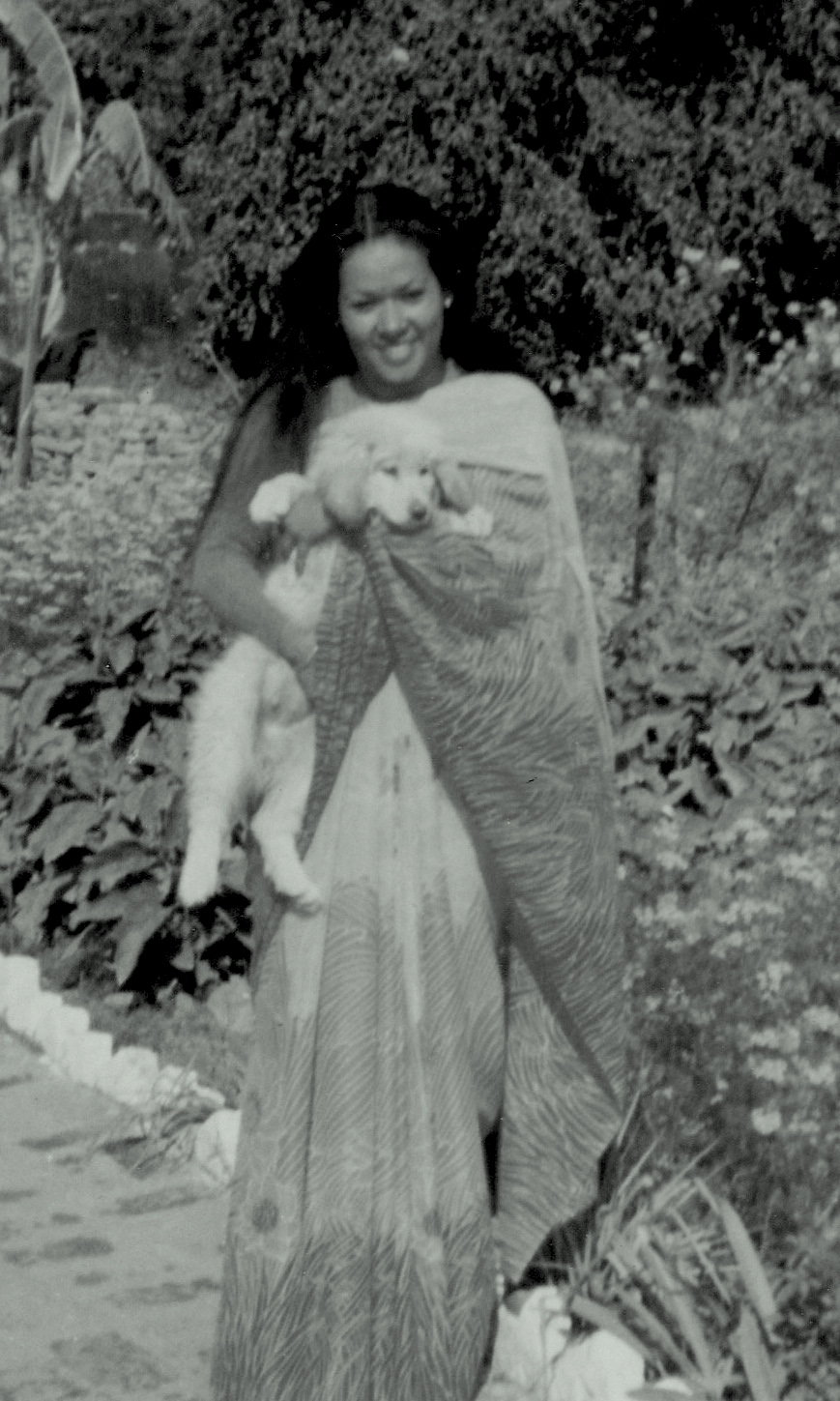 Mama with the first present dada gave her – a puppy! <3