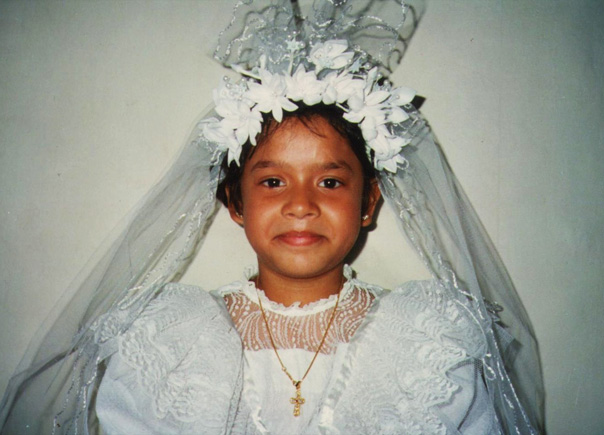 Photography and STYLING my Mama Vas. Clearly, I am not impressed

Combine that with a love to dance and the ability of being as graceful as a penguin, and you know you have a recipe for disaster.

I was about 5 years old when Mithu (my next door neighbour, partner in crime and best friend) got a new Synthesizer. OBVIOUSLY, we HAD to play all the songs in the song bank to see which one we liked the most so that we could dance to it. (Remember this was before we had access to ipods and cds and computers and things… and our stereo systems looked just about as inviting as the rocket’s control panel).

Our favourite song was WHAM’s “Wake me up before you Go Go” you gotta admit it’s one hell of a catchy tune!

Mithu and I were dancing our little bums off while Piya, always the more industrious of the three, sat herself down to try and work out the melody of the song on the Synth. I hope you’ve heard of the phrase “to dance with gay abandon”, because that was precisely what I was doing. Maybe I should have been slightly more careful and AVOIDED tripping over my older sisters’ outstretched legs, propelling me forehead first into an open door with protruding bits of rusted iron mesh.

That pretty much brought out impromptu dance party to a stop because the next thing I remember was Mithu’s dad dabbing my face with a cloth while telling my sister not to cry (boy she really hated those lectures…) My father was woken from his afternoon siesta, and the first thing he did (after making sure I was ok) was to give me one tight slap for being so daft and almost blinding myself. He was then saddled with calling my mom to tell her that her younger daughter was in the hospital getting stitches because she couldn’t dance without ripping her forehead open. .. I’m told the conversation went like this:

Mama: WHAT do you mean don’t PANIC? Why would you start a conversation like that? OF COURSE I’M GOING TO PANIC!!!

Dada: We had to bring Kirin to the hospital… Everythi…

I was taken to the hospital where they unceremoniously gave me tetanus shots on my bare BUM in the middle of a very crowded room and then placed me in the chair so that the doctor could proceed to sow my eyebrow back together.

My mother by this time reached the hospital and told me that I spent the whole time chatting with the doctor and asking him how long it would take for him to finish stitching me up.  8 stitches later, I was all done!

WAIT. 8 you said? I thought you said you got 12 stitches. Yes.. well about that…

A day after I had returned from the hospital, I was chilling at home.. minding my own business, feeling pretty badass for getting 8 stitches on my eyebrow.. when all of a sudden, I got the urge to use the loo. I think my bladder was bursting from all the water I had drunk (pretending it was rum because now that I had stitches, I figured I should start acting more like a pirate) and I rushed to the loo. Unfortunately, the lady who helped around the house was having a bath at the time and had forgotten to lock the door. She didn’t hear me knock and, I entered thinking no one was using the loo. She freaked out and slammed the door shut in my face.

Under normal circumstances, that would’ve not resulted in heavy bleeding and need for stitches, but this time it did. You can imagine the look of HORROR on my sister’s face when she walked in at that precise moment. I remember begging her… “DON’T. TELL. DAD.” Because I didn’t want him to slap me again 😀

Obviously none of my begging worked coz she had to wake him from his afternoon siesta (for the SECOND CONSECUTIVE DAY) to take me to the hospital to get some more stitches. Dad woke up, saw I was fine, gave me a slap (because it worked so well in preventing me from splitting my head open the last time) and took me to the hospital.

He chose not to call my mom to tell her about the hospital visit.

I met my doctor friend, who was all like “YOU AGAIN!” (You would think he’d be HAPPY to meet the most entertaining patient he had PROBABLY had in a WHILE) all it took was 4 more stitches I was sent off with the warning of him not stitching me up the next time I showed up.

Since then, I have thankfully not gotten any more stitches, but I have broken my tail bone, sprained each ankle and wrist a minimum of one time and a maximum of five times and I occasionally take the odd tumble or two to remind me that gravity loves me a little too much.